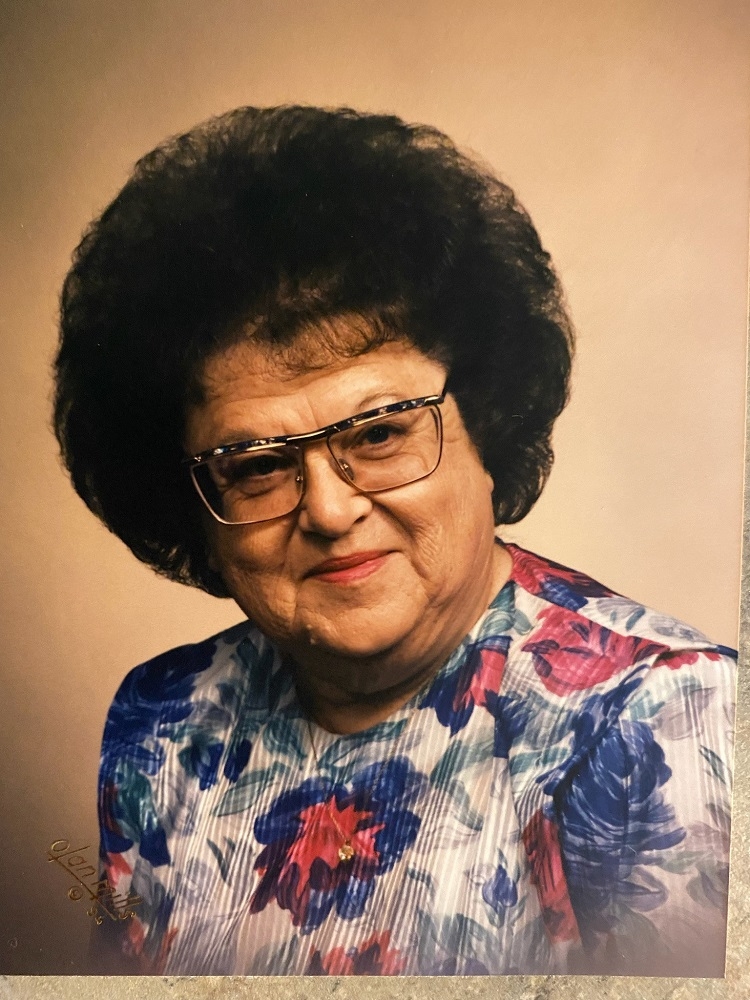 Peggy Staup Graham passed away on August 22, 2021, at the age of 87 following a brief illness.

Peggy was born on March 8, 1934, in Bradleyville, Missouri to Versia and Barton (C.B.) Staup. After living in Carmichael, California, she moved with her parents to Stillwater, Nevada.  Peggy attended the two-room Stillwater School during elementary through 8th grade.  She attended Churchill County High School where she graduated with the Class of ’52.  After attending Business College in Reno, NV, Peggy was employed by 1st National Bank in Fallon.

On December 4, 1955, she married Robert Graham, and they made their home in Fallon.  The house they bought in 1962 was the same house she resided in until her passing.  Following her marriage to Bob, she started her career with the Churchill County School District.  She was employed as the secretary/office manager to the Superintendent and School Board.  Her remembrances of the changes she witnessed with office machines, accounting practices, and growth in the district were a history lesson.  She thoroughly enjoyed the 34 years that she worked for the District.   Many friendships made with office and teaching staff were lifelong.  Peggy was an accomplished pianist and an excellent cook and baker.  Her specialties of rocky road bars, pumpkin logs, cranberry salad, and any type of pies were always a welcome addition to any gathering.

Peggy enjoyed traveling.  Several trips to Hawaii, Disneyland, various vineyards, and the Bay area are remembrances from family and friends.

Peggy was a very caring, compassionate, and selfless person who earned respect from those who knew her.  Her little animals were very special to her, and she managed to spoil each one of them. She will be deeply missed by her family and friends.

A private gravesite service will be held at the Churchill County Cemetery.  A reception will be held for family and friends on September 10, 2021, from 3:30 – 5:30 at the Oasis Community Church, 1520 S. Maine Street, Fallon, Nevada.

Donations can be made in Peggy’s name to Churchill Animal Protection Society or to the Churchill County Museum.

Arrangements are in the care of The Gardens Funeral Home, 2949 Austin Hwy., Fallon, Nevada.