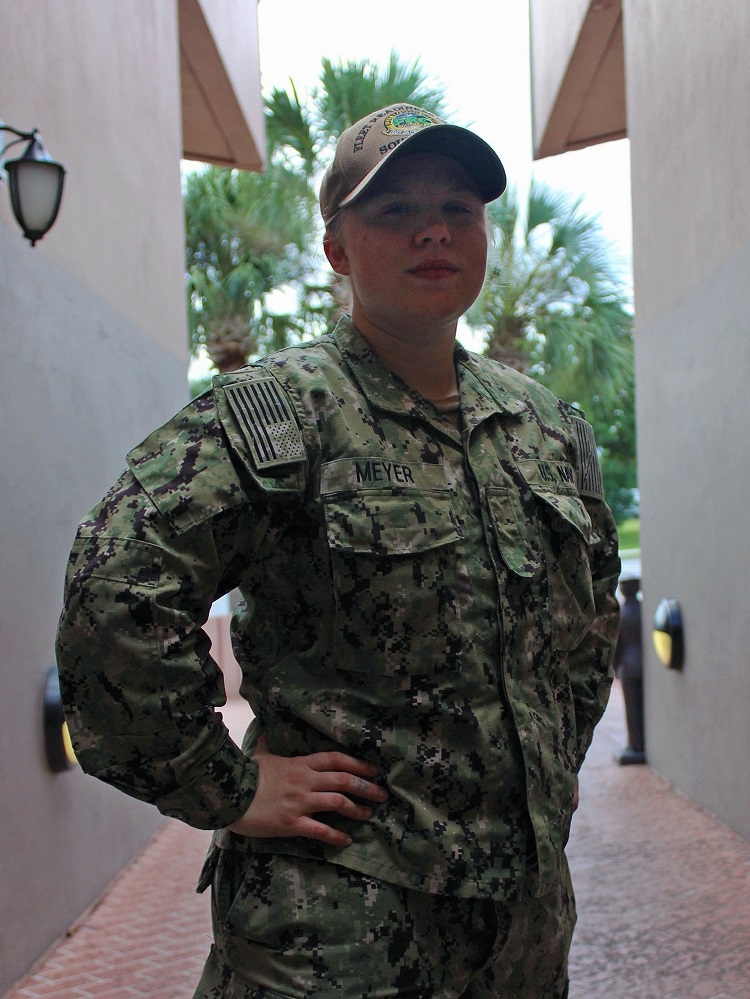 A Fallon, Nevada, native serves at Naval Air Station (NAS) Jacksonville located in Jacksonville, Florida. Airman Alexis Meyer joined the Navy two years ago. “Joining the Navy is something I've wanted to do since third grade,” said Meyer. "We live in one of the most honorable nations, so I wanted to serve as a way to say thank you."

Growing up in Fallon, Meyer attended Churchill County High School and graduated in 2019. Today, Meyer finds the values in Fallon similar to those needed to succeed in the military. “I've learned that it's best to keep your eyes on the goal,” said Meyer. These lessons have helped Meyer while serving at NAS Jacksonville.

On Oct. 15, 1940, NAS Jacksonville was officially commissioned and became the first part of the Jacksonville Navy complex that would also include NAS Cecil Field and Naval Station Mayport.

According to Navy officials, the mission of NAS Jacksonville is to enable warfighter readiness focused directly on the support of operational units aboard the base and throughout the fleet. NAS Jacksonville consists of more than 100 tenant commands and is one of the largest employers in the area. It contributes to the growth and prosperity of Northeast Florida with an economic impact of more than $2 billion annually.

Serving in the Navy means Meyer is part of a world that is taking on new importance in America’s focus on rebuilding military readiness, strengthening alliances, and reforming business practices in support of the National Defense Strategy. “The Navy provides safety, protection, and assurance to other nations,” said Meyer. "We also give back to the community."

With more than 90 percent of all trade traveling by sea, and 95 percent of the world’s international phone and internet traffic carried through fiber optic cables lying on the ocean floor, Navy officials continue to emphasize that the prosperity and security of the United States is directly linked to a strong and ready Navy.

According to Chief of Naval Operations Adm. Mike Gilday, four priorities will focus efforts on sailors, readiness, capabilities, and capacity.

“For 245 years, in both calm and rough waters, our Navy has stood the watch to protect the homeland, preserve freedom of the seas, and defend our way of life,” said Gilday. “The decisions and investments we make this decade will set the maritime balance of power for the rest of this century. We can accept nothing less than success.”

There are many accomplishments that come with military service, and Meyer is most proud of giving help to those who need it. “From the military, we give help to those around the world, but we also help those in our local community,” said Meyer.

As Meyer and other sailors continue to train, they take pride in serving their country in the United States Navy. “It's an honor to serve in the Navy,” added Meyer. “I truly believe it's all about what you make of it.”