Olympics are More Than (Half)Pipe Dream for Fallon Skateboarding duo 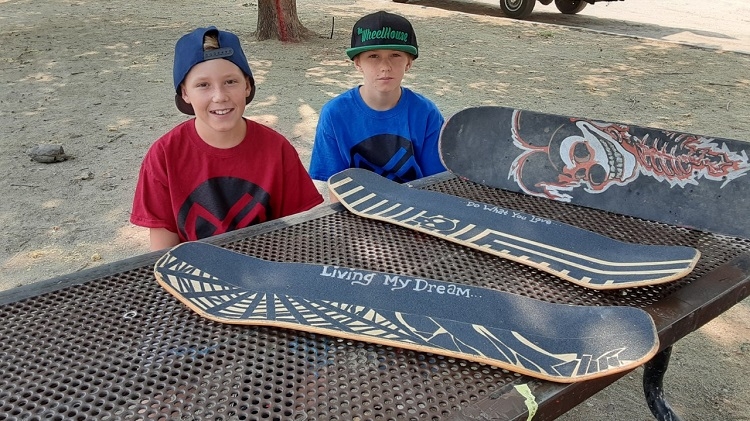 When skateboarding debuted as an Olympic event in Tokyo this summer, it gave a new type of attention to what has mostly been to most skaters an individually artistic form of expression. A pair of Fallon brothers with passion and talent for skateboarding and a trove of competition awards hope they might someday catch some Olympic air of their own.

Meet Ricky and Riley Pascale. Ricky, 12, and Riley, 13, have been skateboarding for three years, and already they have a wall covered with boards and other awards they’ve won in competition, along with a handful of sponsorships that keep them equipped.

Ricky and Riley began posting videos on Instagram, which drew the attention of The Wheel House Skate Shop in Carson City and Action Sports for Kids (ASK), a non-profit foundation based in Long Beach, Calif., both of which are now sponsoring the boys.

“We started doing bigger tricks, and they noticed us and wanted us on their team,” Riley said.

The brothers have been on the Wheel House team for two years, and are the youngest members of the team. They skate against each other as well as other team members, learning new things from each other in the process. Competition between the brothers is constant.

“Every time Riley learns a trick, I do that trick too, try to steal it from him and then make it better,” Ricky said.

They are looking forward to their next competition in Mammoth, Calif, at the end of August, where many other skateboard companies will be in attendance. With skateboarding now an Olympic event, they have an extra incentive for skating.

“Maybe someday we'll be there too,” both brothers said.

Punisher Skateboards is also now sponsoring the boys, providing them with a monthly package that includes skateboards, T-shirts and discount codes for shopping on the Punisher website. The boys go through at least one board and one pair of sneakers per month – and some sneakers don't even last that long. The boys were first introduced to Punisher Skateboards during an online skateboard competition.

“I won one of their boards, and then when the company saw Riley, they sent him a board too,” Ricky said.

Punisher boards have a different design, called an A-frame, where the front and rear edges of the board are squared instead of rounded. Punisher has its own graphics on the bottom of the board and the boys’ dad designs the tops. Boards can average $65 each.

“They started riding Punisher boards and now they won't ride anything else,” their mom, Sara Pascale, said.

There was also a Death Race held here in June in which two skaters race at once, and the only rules are that skaters have to be on their board at the starting line and again at the finish line.

“But in between, you can push the other guy off his board, or take his board - anything goes,” Ricky said.

A one-time skateboard competition was previously held in Fallon, and the family is hopeful that the City of Fallon may take an interest in sponsoring an annual competition. The family is also working with The Wheel House in hopes of bringing another competition to Fallon soon.

Skateboarding is a competition in and of itself between Ricky and Riley when it comes to their tricks, as well as to how many awards each has won. Often the awards include a new board, and the boys hang those on the wall rather than ride them. Ricky has the most boards on his wall - 12 so far, but while Riley has only five, he is proud to have the biggest one.

There are three competition levels: beginner, intermediate, and advanced, with no age groups. The boys kept winning at the beginner's level, so they were moved up to intermediate. They still haven't lost at that level, so they may be moved up to the advanced level soon. Rickey and Riley aren’t fazed by being the youngest competitors. In their last competition in Sparks, they skated against 18-year-olds. Riley won first place that day, and Ricky won second place.

“My dad said the adult skaters at the advanced level are scared with us moving up to their level because we're good and they don't want little kids beating them,” Ricky said,

In online competitions, a video of the skater's tricks is posted to an online forum, where they are judged in rounds, with prizes for the finalists. The brothers’ dad does all of the video work and adds commentary and background music.

As they’ve gained more attention, the brothers have been featured in Shine Bright magazine, and Traveling Skateboarder magazine asked for photos of them.

The brothers practice quite a bit, both at the Fallon Skate Park and at home, where they have a few ramps built, including one made from an old refrigerator.

“Yeah, that was supposed to go into the trash but before it could get there, they were skating on it,” Sara said.

These boys are certainly on the move, and no doubt could be on an Olympic team in the future. 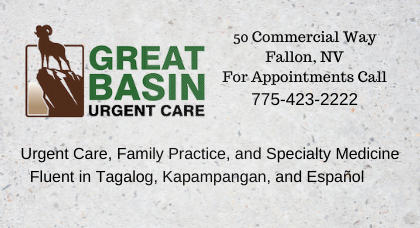 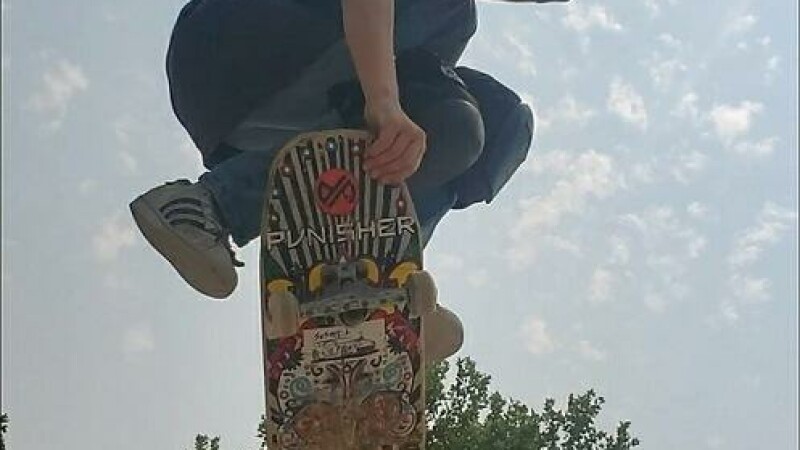 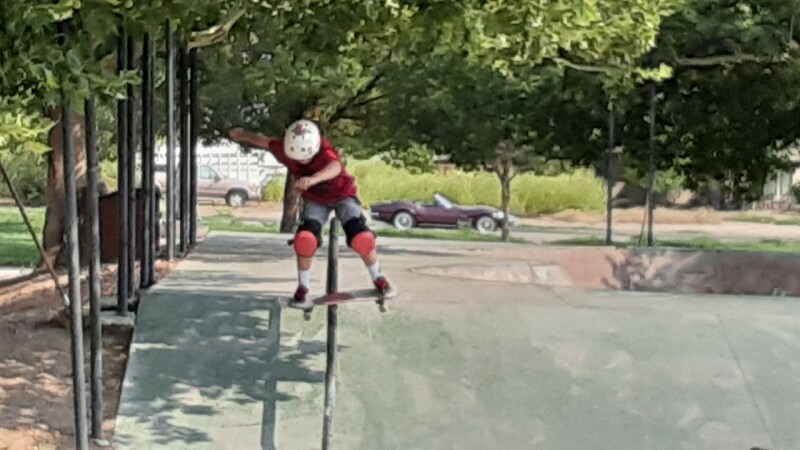 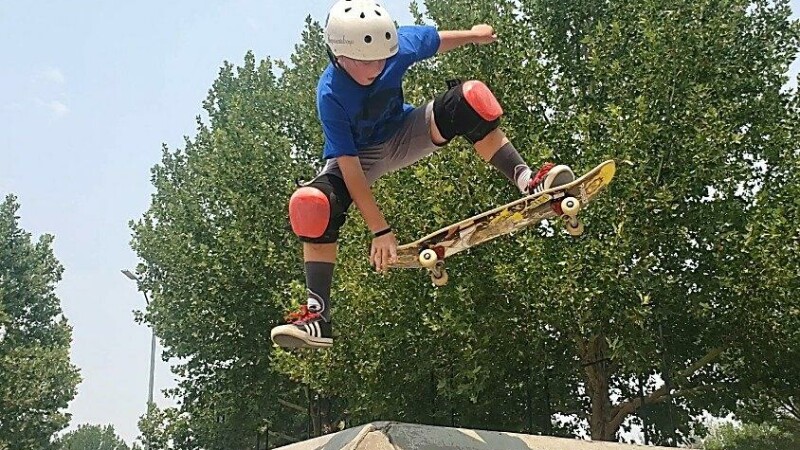