Rodeo Fans Cowboy Up Against the Heat 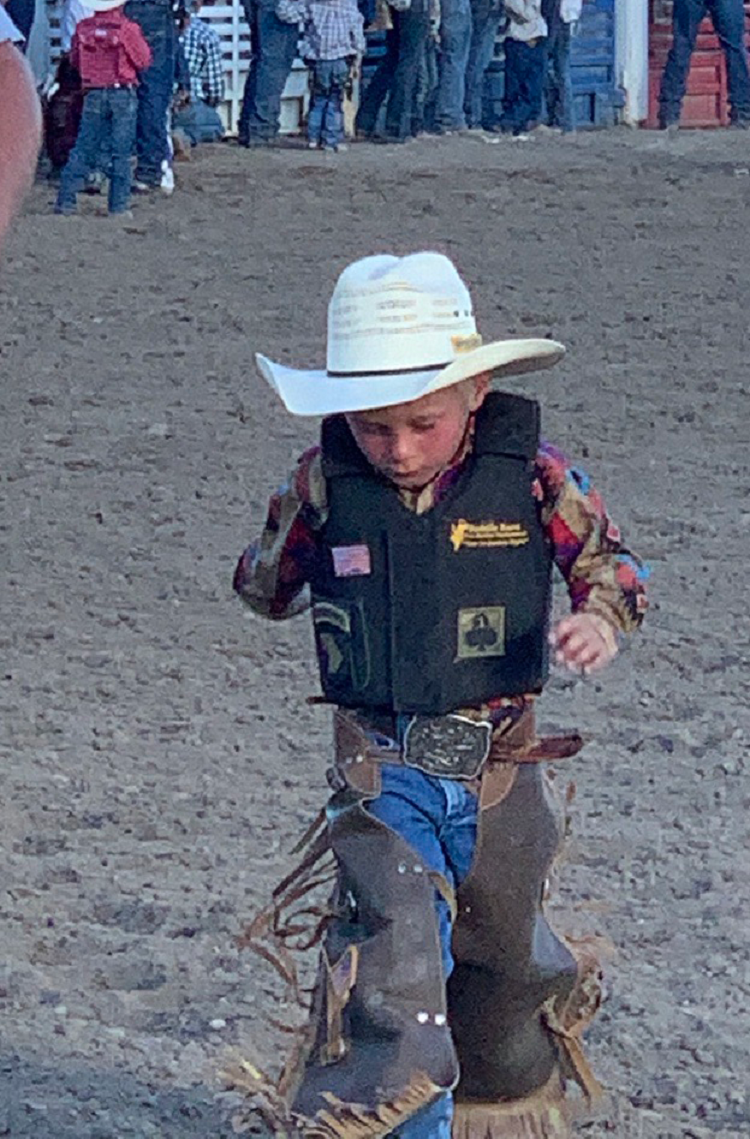 If you are not familiar with the term "cowboy up," it is a phrase that has been around nearly as long as the cowboy. In essence, it means to take a tough approach to overcome something difficult, as a cowboy would – with guts and gusto. And in this case, in the blistering Nevada heat.

With temperatures upwards of 100 degrees, rodeo fans came out en mass to be part of DeGolyer's 7th Annual Bucking Horse & Bull Bash last weekend, along with cowboys, cowgirls, and even cowkids. The fun started in the main arena with the traditional "mutton bustin'" competition. Mutton bustin' is a children's event in which a small child attempts to ride a sheep, much like a bucking horse. In most cases, the sheep attempt to run out from under its rider. And the term rider is used loosely, with most only astride for a few seconds. Both boys and girls participated, with parents and volunteers close by to ensure no little ones were injured. This year's event winner was Jesse Pete Crystal (son of Shawn and Victoria Crystal), who scored 74 points and second place went to Weston Fernandez, with a 62-point ride.

The Bucking Horse and Bull Bash, mostly known for its rough stock events, left more than a few cowboys in the dirt. The Ranch Bronc Riding, an event similar to traditional bronc riding, is an event that many working cowboys call a regular day at the office. Riders must stay on a bucking horse for the required eight seconds using a western-style saddle and a halter. In many cases, just staying upright until the buzzer is a feat in itself. Nearly anything can happen during the ranch bronc riding, usually making for a fan favorite. In this event, the wildest ride usually wins. First place when to Robert Swift, who made a 75-point ride, 2nd place went to Cody Schroeder with a close 74-point ride, and 3rd place went to Klein Kelly with 70 points.

The bulls came out ahead when it came to the bull riding, which is usually the most dangerous and unpredictable rodeo event. With 12 bull riders in the lineup, the tally at the night's end was Bulls-12 and Riders- 0. After dumping his rider headlong into the dirt, one bull jumped the 8-foot tall arena fence to evade a rope around the neck and a trip back to the bullpen. One Bull Fighter, dressed in shorts, tennis shoes, and a hot pink shirt to attract the attention of the 1,500-pound beasts, found himself nose-to-nose with several wickedly spinning bulls. On more than one occasion, the bulls lifted him off the ground while he attempted to protect the riders from harm. Often, once a rider is bucked off – or even gets off after the buzzer, bulls continue to twist and kick, placing the rider in danger of being stepped on, kicked, or worse. Even though the bulls ruled the day, the bullfighter managed to keep everyone ready to ride another day. The bullfighters were Bo Burtman from California, Cody deGolyer from Fallon, and Dustin Borba from Eureka, NV.

The barrel racers and team ropers also drew cheers, applause, and stomps from the crowded stands. The top barrel racer, Maggie Sinclair, made an impressive 18.39-second run. Second place when to Josie Merritt with an 18.54-second run, and 3rd place went to Shelby Raper with an 18.59-second run. In the team roping, Denton Williams and Garrett Jenson earned first place with a 6.62-second catch. Second place went to Denton Williams with a different partner, Noah Williams, with a 6.68-second catch, and 3rd place went to Willie Coversup and Gene Curtis, catching in 9.51 seconds.

With bounce houses for the kids, lemonade and snacks, a few vendors, and the Dry Gulch Saloon open for business, there was something for everyone. Steven Christie and his band provided live country music as the rodeo came to an end. Adults, children, and teens, along with several border collies and a few dachshunds, all seemed to be having fun at the DeGolyer's 7th Annual Bucking Horse and Bull Bash.

DeGolyer's next event, the Rough Stock Rodeo, is scheduled for Saturday, October 2nd. 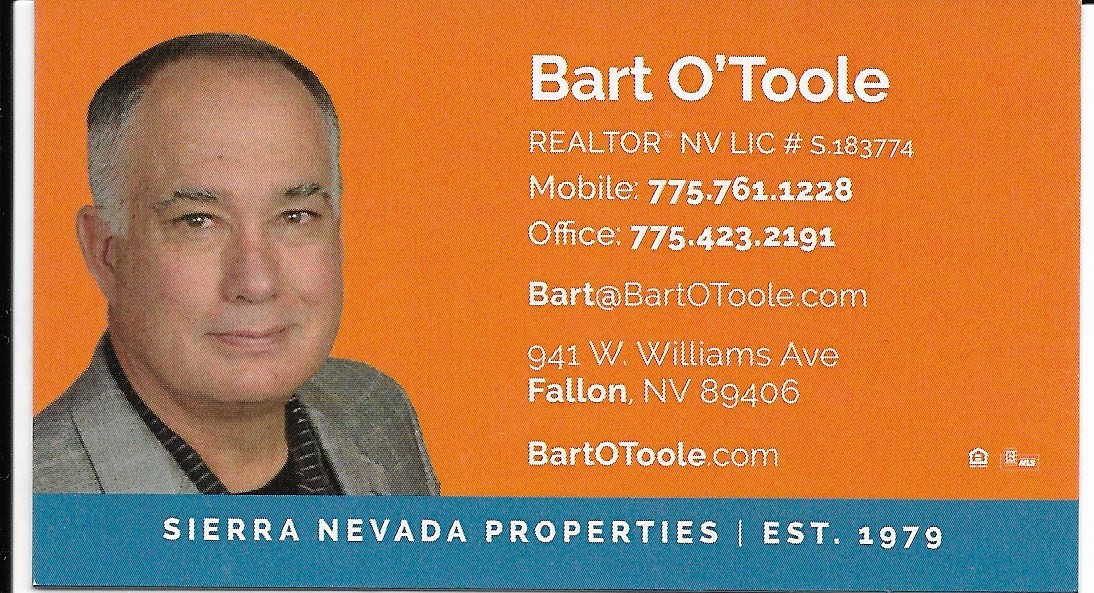 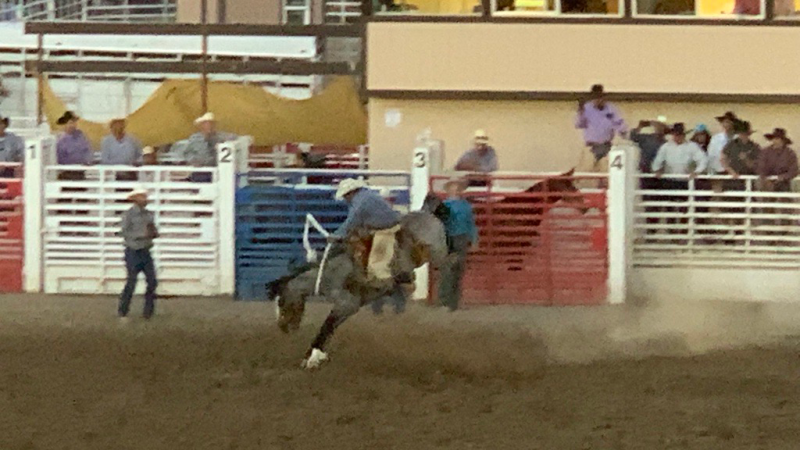 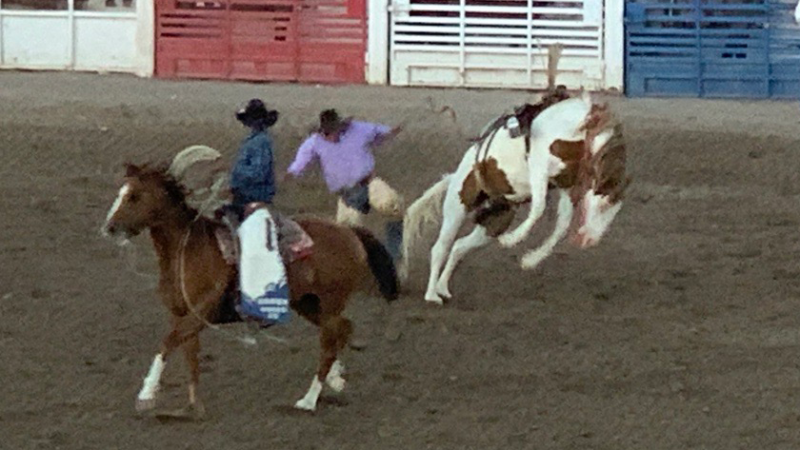 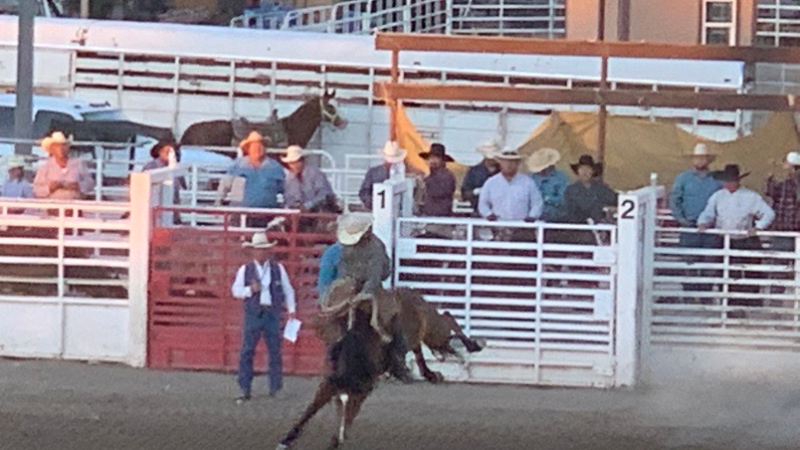 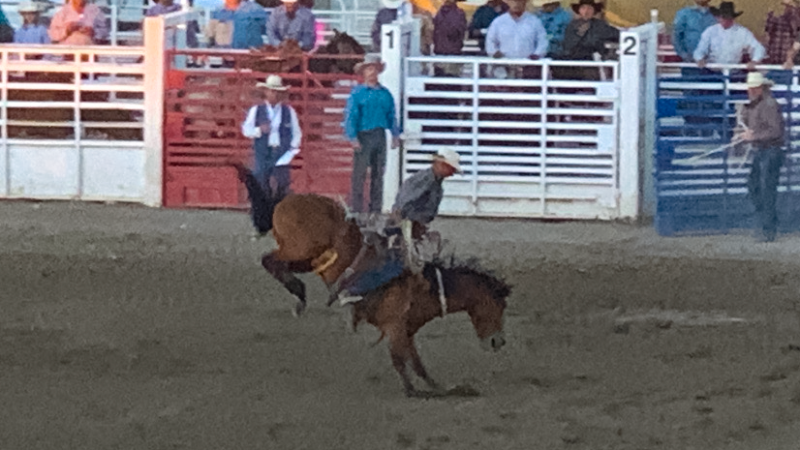 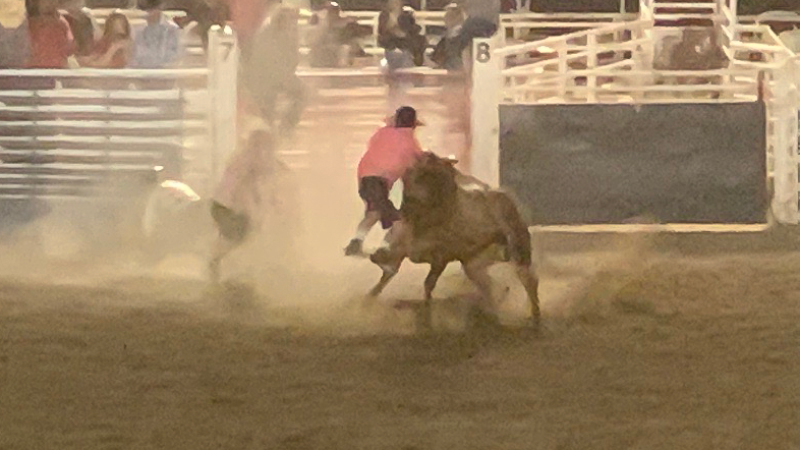 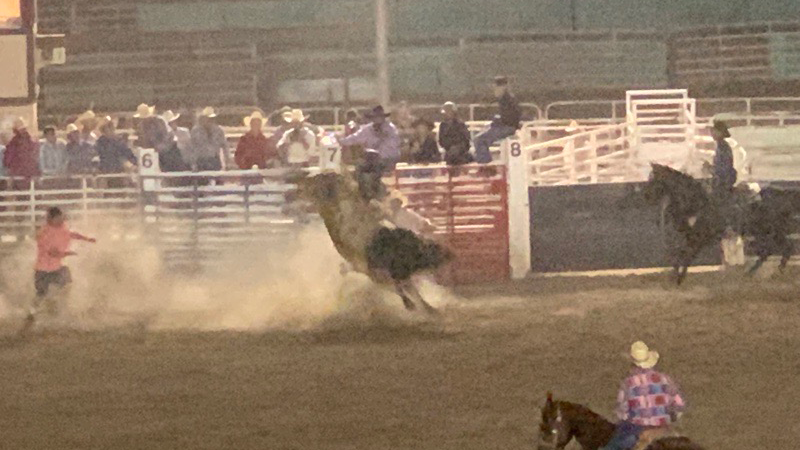 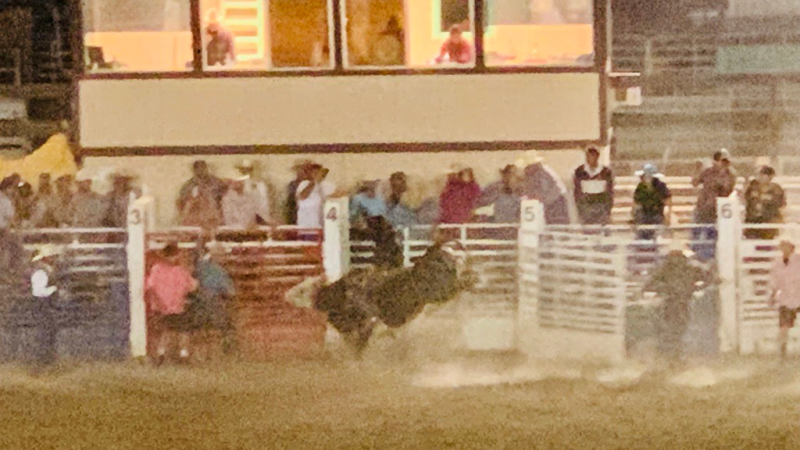 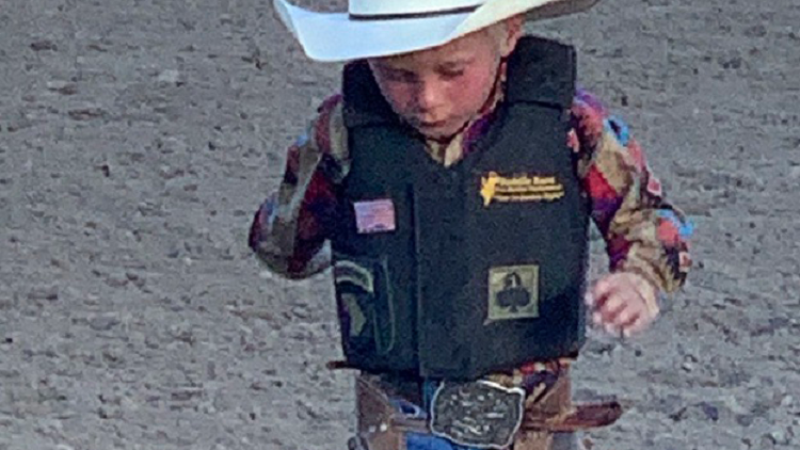