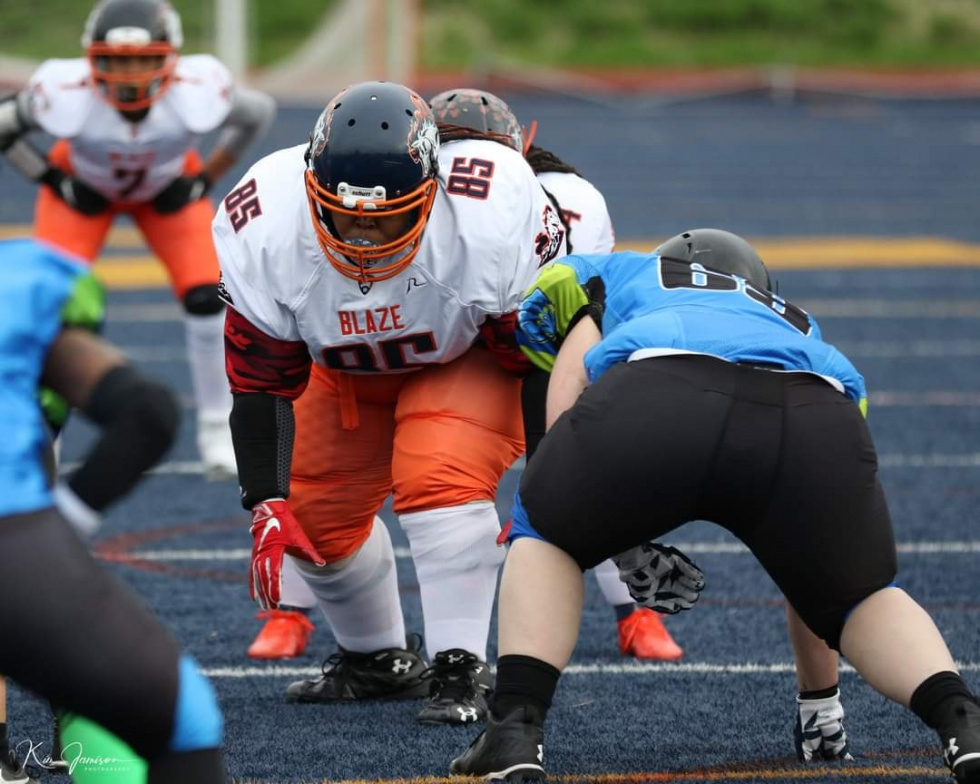 In a town known for turning out athletes, Fallon has once again grown a crop of great football players, women football players, that is. The women are a part of the Women’s Football Alliance and are playing women’s tackle football in Reno on Saturday in the First Round of the Conference Championship.

Allison Lister and Darnell Mutte, playing for the Nevada Storm, will meet former Greenwave softball player and marching band member, Camilla Cleveland, as the Denver, Colorado’s Mile High Blaze team takes the field against the Storm. The game begins at 6:00 tonight at Reno’s North Valleys High School. Both the Storm and the Blaze have gone 6 – 0 this season leading into the playoffs.

Cleveland fell in love with football when she played for the Nevada Storm in 2012, cutting her teeth in the league. She now lives in Billings, Montana, and travels to play Defensive Tackle with the Blaze.

Mutte ran cross country for the Greenwave and played basketball for Anne Hale, along with holding a manager position on the football team. She is now playing Middle Linebacker, as is Lister whose talents on the track team caught the eye of Coach Adam Barrett. He invited her to try out her freshman year at the University of Nevada. Lister said she was too busy at the time and decided it wouldn’t fit in, but she tried out this year and made the team. She said she “absolutely loves playing football,” and has met so many amazing people this past season. “You’ve got to see a game,” she said, “this ain’t no patty cake. One of our teammates broke three fingers last week.”

The women started their season in May, their last regular game was last weekend.

The Conference Championship is July 10th , and the National Championship will be held on July 4th in Canton, Ohio.