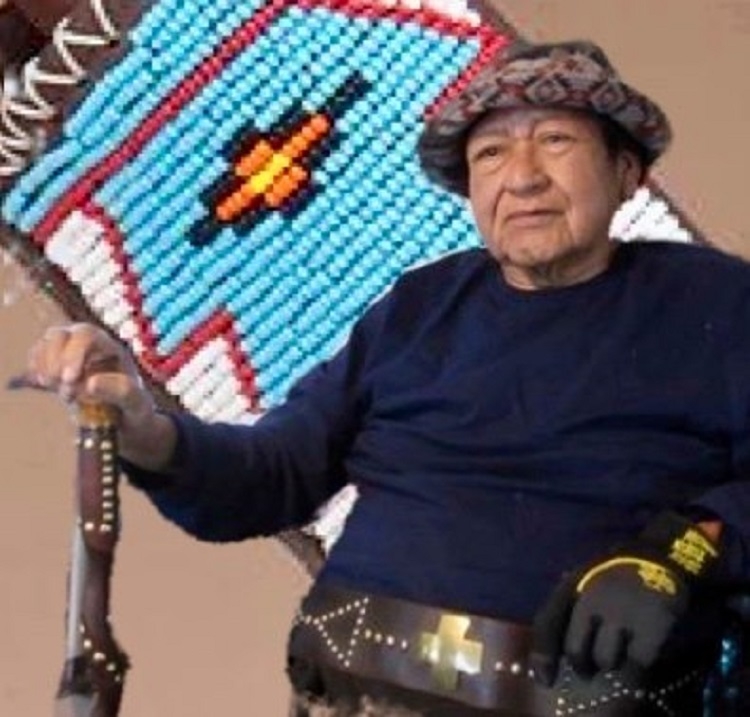 Keith “Charger” Tohannie (Red Buffalo) passed away Friday, June 11, 2021, in Reno. He was 63 years old and was a member of the Northern Ute Tribe, Uncompahgre Band.

Keith also called “Wynn” by his family was born July 29, 1957, to Kee Tohannie and Joann Wash in Ft. Duchesne, Utah, and spent most of his younger years there.

Keith was well known for his precision hand-crafted knives and leather belts. He was also known for his ingenuity and mechanical skills. Keith made many friends as he traveled to powwows and set up his crafts to sell. Keith was raised by his beloved grandparents, Ethel Wash and Kneal Grant. They taught him many skills and instilled knowledge of his Ute culture and traditions.

After his grandparents passed, Keith found a “big brother” father figure in his uncle Jonas Grant-Bullethead Sr. Jonas and his wife, Joy, were always there for Keith.

Keith’s best memories were of his grandpa, ranching, fishing, hunting, and living in the mountains. He had good memories of Intermountain High School and all the friends he made along the way. The most outstanding characteristic about Keith was his “old Indian” sense of humor. He gave funny nicknames to people and liked to joke with everyone he met during his time here with us.

He is preceded in death by his parents; Kee Tohannie and Joann Wash.

Friday, June 18, 8:00 pm: A wake and clothes burning ceremony will be held for family and close friends only, at the Johnson’s homestead on Friday evening followed by a Sunrise Ceremony on Saturday which anyone who desires, may attend. Breakfast will be served after.

Saturday, June 19, 8:00 am - 11:00 am: Visitation will be held at the Johnson’s homestead – this will be the opportunity for the public to view and pay respects.

Please respect those who prefer to mask up and social distance during all services. Cards and flowers can be sent to the Smith Family Funeral Home, 505 Cemetery Rd, Fallon, NV 89406.

Our family sends a big thank you for kind comforting words, donations, and other assistance from friends, family, the Fallon Paiute-Shoshone Tribe, and the Northern Ute Tribe.