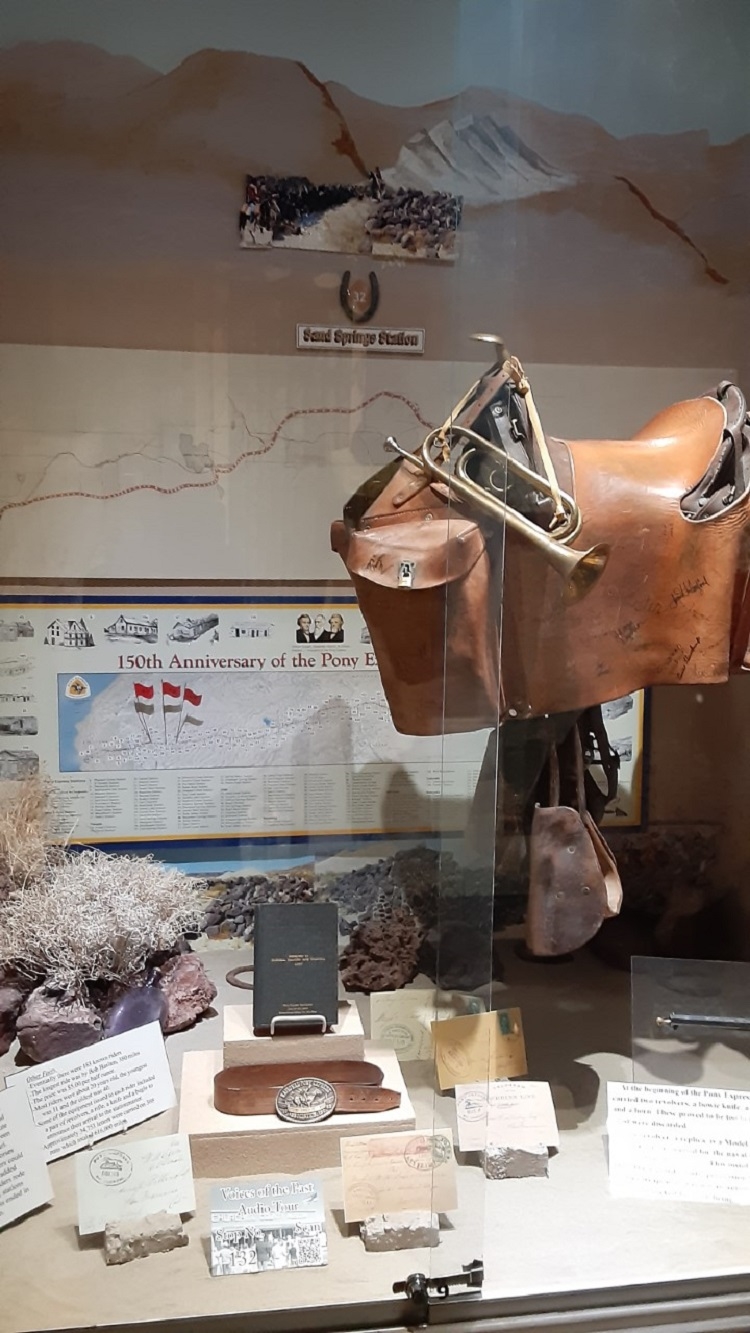 On Tuesday, June 15, the Churchill County Museum will be hosting a free Documentary Screening of past and present Pony Express rides, starting at 6:00 p.m. The movie called the Spirit of the Pony Express will follow the path of the ride, showing scenes from past rides and present re-rides. It's being presented a day before the start of this year's re-ride on June 16. Popcorn will be served free, and old-fashioned soda pop will be sold. It will be a family-friendly event, the Museum's gift shop will be open that evening, and other swag items will be available for purchase too.

Terry Hedgpeth, Museum Director, said, “It was a relay, and a race against time, to get the mail from Missouri to California, making mail delivery possible between the East and the West. But then the railroad and the telegraphs came to be, eliminating the need for the Pony Express.”

The museum has a vignette dedicated to the Pony Express, containing an original Pony Express saddle, along with a number of other items from that time period on display. “It was a great experiment, and an even greater part of history,” Hedgpeth said.

The original ride was completed in 1860, but the service only survived until 1861. Back then riders completed the 1,966-mile gallop in 10 days. A help-wanted ad printed on March 19, 1860, in the Sacramento Union newspaper, stated, “Men Wanted. The undersigned wishes to hire ten or a dozen men, familiar with the management of horses, as hostlers, or riders on the Overland Express Route via Salt Lake City. Wages $50 per month.”

The Pony Express mail rides were only in operation for 18 months, beginning in April 1860 and ending in October 1861. Although the route ran from St. Joseph, Missouri, to Sacramento, California, it had become synonymous with the Old West. Prior to the mail and electronic communication options available today, the Pony Express was the only thread that tied the East to West.

The 2021 Re-Ride, sponsored by the National Pony Express organization, is scheduled as an eastbound route starting in Sacramento, California on June 16 and ending on June 26 in St. Joseph, Missouri. Unfortunately, the re-ride does not have any Fallon stops, although the riders will be storming through Nevada and Churchill County during the wee morning hours. One-stop is planned for the California/Nevada line in Woodford, California on June 17 at 1:00 p.m.; the second stop will be at the Nevada/Utah line, in Ibapah, Utah on June 20, at 2:00 a.m. Mountain Daylight Time.

Hedgpeth said, “The Pony Express is a cultural icon. Most icons are people such as Martin Luther King Jr, Neil Armstrong, and other people whose accomplishments were first-time events. But this one is a snapshot in time, just a little bit longer. Its shortness in time leads to its mystic and earning its place in history. Their significance now is that this was the first way mail was delivered, before trains and other forms of mail delivery came to be.”

The riders are expected to arrive at their final stop of the ride on Saturday, June 26 about 7:30 p.m., Central Daylight Time. Full details about the re-ride can be found on the National Pony Express organization's website, https://nationalponyexpress.org/re-ride/current-reride/

Hedgpeth made an analogy between young men then and now, saying, “Some of the Nascar and Indy drivers that raced over the weekend were only 18 to 20 years old. Well, back in 1860, that was how racing was done, not with fast cars. Riding a horse, trying to beat other ride times, that was the exciting thing to do back then.” 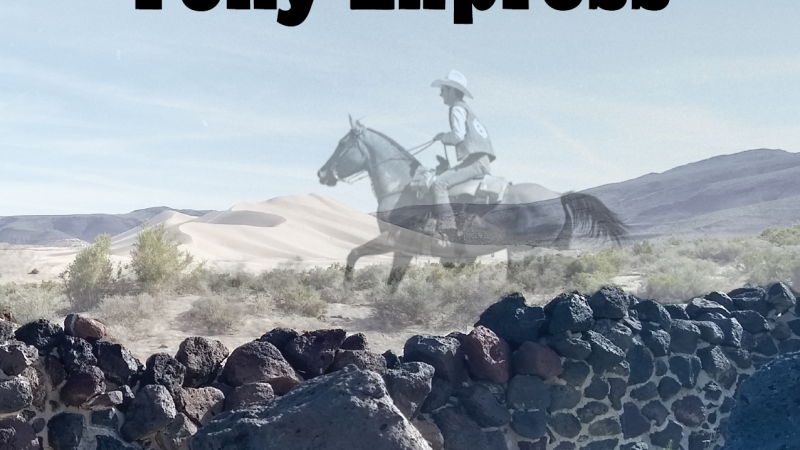 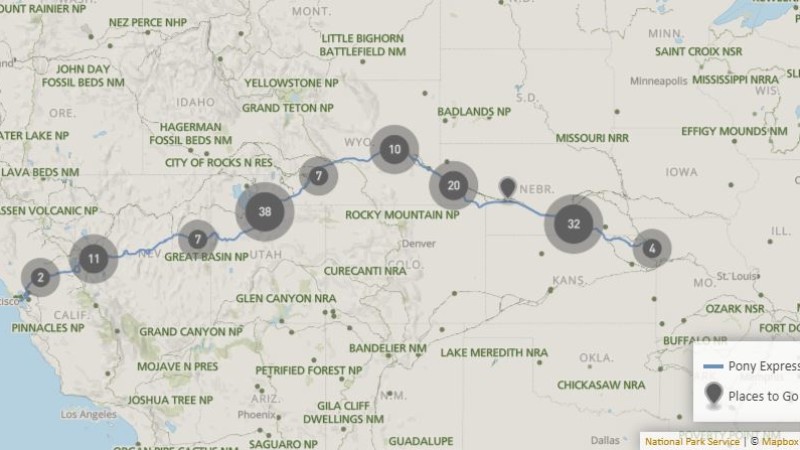 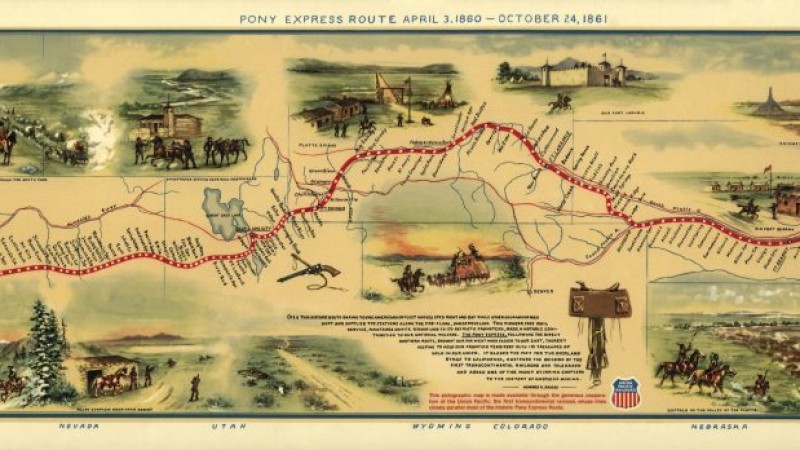 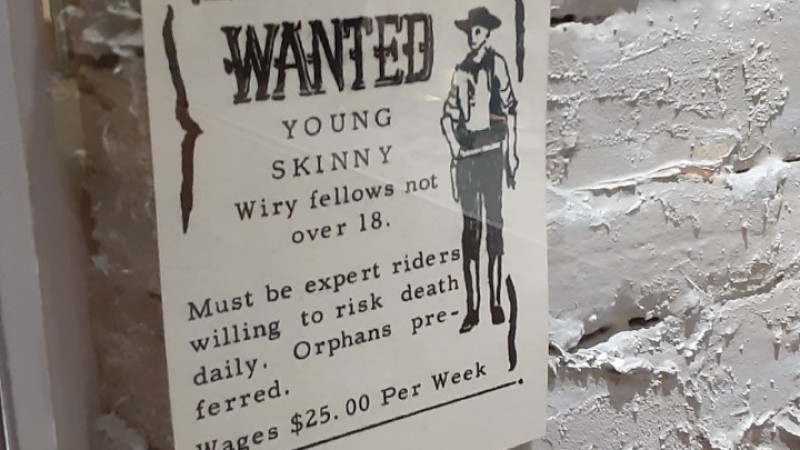