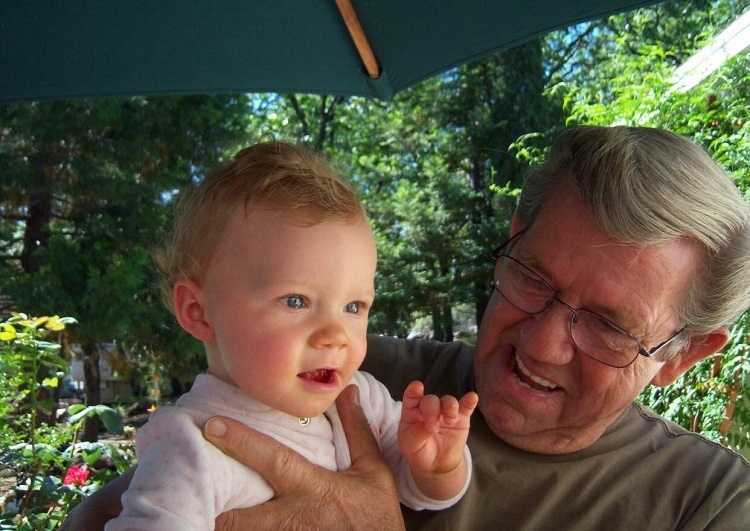 It is with great sadness, we announce the passing of Earl Mondel Cornett, age 82 of California. Earl passed away January 9, 2021 from Covid.

Earl Mondel Cornett was a talented artist who could build anything he set his mind to with hands that never quit. An army veteran of the 82nd airborne, he was also a furniture builder, welder, antique store owner, fisherman, truck driver, jewelry maker, avid gardener, husband, father, grandfather, great grandfather, and brother.

Earl Cornett was truly one of a kind. He loved his little five-acre mountain paradise on top of Sage Road in Colfax, California. He loved drinking coffee in the mornings with his wife, Mary while watching the wildlife from the deck of their home. He built rock walls, planted trees, shrubs, flowers, and his favorites, succulents, and cacti.

In his recent years, Earl took to making jewelry boxes, candle votives, and other glass ornaments. As a furniture builder, he was a craftsman, to say the least, crafting the Cornett oak table that he signed Earl Cornett with a silver or gold pen on each and every one.

Earl had numerous stories he would share of his commercial fishing adventures and joke about catching Muskellunges in Wisconsin with “What’s His Name” aka Steve Schott.

Earl lived his life every day doing the things that made him happy. His love of life will live on within his family.

Rest Easy Earl Mondel Cornett -- “Look at the Gardens you have created.”

A private celebration of life is planned for June 16th, 2021 in California.