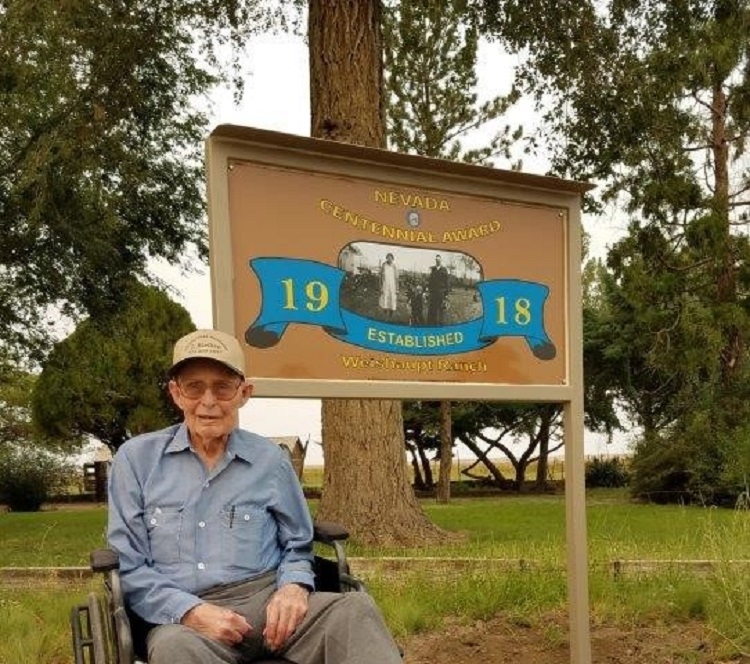 Lifelong resident of Stillwater, Nevada, Karl Weishaupt passed away at his home on May 30, 2021. Karl was born at home on July 18, 1924, to Albert and Addie Weishaupt. He attended Stillwater School until 8th grade and then went to and graduated from Churchill County High School. He spent his life on the ranch except for the time he served his country. During WWII he was in the Army serving in the American and European Theater and in the Battle of the Bulge.

Karl dedicated his life to farming and raising livestock. He loved to hunt and fish when he had spare time.

He was preceded in death by his parents, his siblings, and his wife, Bettie.

A graveside service will be held on Friday, June 4, 2021, at 10 AM at the Churchill County Cemetery. Donations may be made to the charity of your choice in memory of Karl.