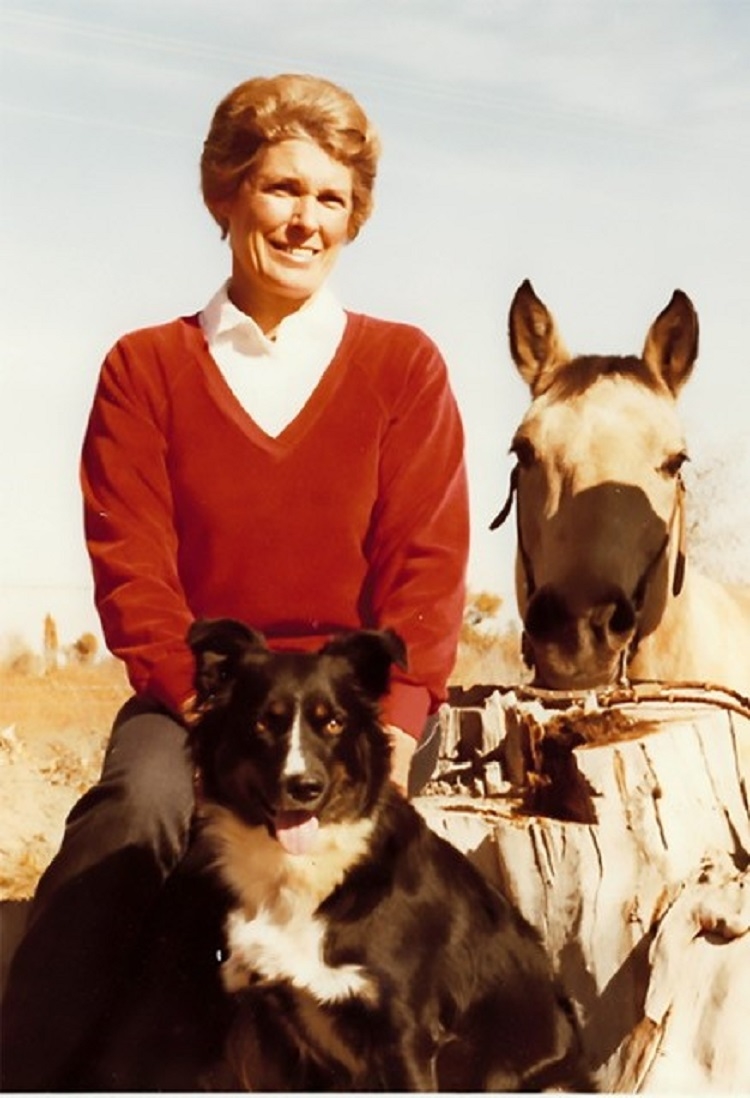 Margaret Christian Allyn passed into her eternal rest on May 17, 2021.  She was born June 25, 1935, in Oakdale, California to John C. Christian and Irene Wonacott Christian.  A devoted wife, sister, mother, grandmother, and friend, she lived a full life.  She grew up on a ranch where her parents raised Shorthorn cattle.  The love of ranching stayed with her throughout her life.  She showed animals in her youth, married a cattleman (Jack Barnes), and supported and encouraged their four children to participate and exhibit animals in 4-H and FFA beginning in California and continuing later at the county and state fairs in Nevada.  Margaret was never far from livestock. She began timing for team roping events and rodeos in the Oakdale area and soon, after moving to Nevada in 1963, she clerked at Gallagher’s Sale Barn and the Fallon Livestock Auction.  She owned and operated Ranchland Western Wear on Maine Street in Fallon, where her shining smile and welcoming personality made many lifelong friends whether they bought anything or not.  It was in Fallon where she met and married her second husband, Ed Allyn, a true cowboy, and they became soul mates pursuing anything related to horses, cattle dogs, fishing, hunting, vegetable gardening, and never failing to support her, now even larger, family’s activities.

Margaret enjoyed and enthusiastically followed her grandchildren’s interests, attending 4-H livestock shows, track meets, volleyball games, plays, or any activity they were involved in.  She was a true baseball fan and lifelong supporter of the San Francisco Giants, attending games in San Francisco with family and even keeping an accurate scorecard.  A special joy came later in life, when she got to participate and help show her son and daughter-in-law’s Clydesdale team at numerous venues and in particular at the Draft Horse Classic in Grass Valley, California.  Margaret was a natural-born caregiver and nurturer, to animals as well as people.  She constantly sought to give aid and support to others whether as a friend or with a helping hand.  This trait became especially evident at her assisted living facility, Summit Estates, in Reno where she was always first to help newcomers and take those in need ‘under her wing’.  She was well-loved and respected there by residents and staff members alike.  In many ways, Margaret was the heart and soul of her family, never without a kind word or a smile, and she will be dearly missed.

She was preceded in death by her husband Ed, parents John and Irene, as well as her brother John L. Christian.  A service will be held Thursday, May 27, 2021, at 4:00 p.m. at The Gardens Funeral Home in Fallon with burial to follow the next day at 11:00 a.m. at the Fallon Cemetery.

The family wishes to express their gratitude to the staff at Summit Estates in Reno, the doctors and nurses at Geriatric Specialties, to Kindred Hospice, and to Seniors Helping Seniors.  Even though she loved flowers please consider donations to a charity of your choice.

We little knew this morning

God was going to call your name,

In life we loved you dearly

In death we do the same:

It broke our hearts to lose you,

But you did not go alone

For part of us went with you

The day God called you home.

You left us beautiful memories,

Your love is still our guide.

And though we cannot see you

You are always by our side.

Our family chain is broken

And nothing seems the same,

But as God calls us one by one

The chain will link again.