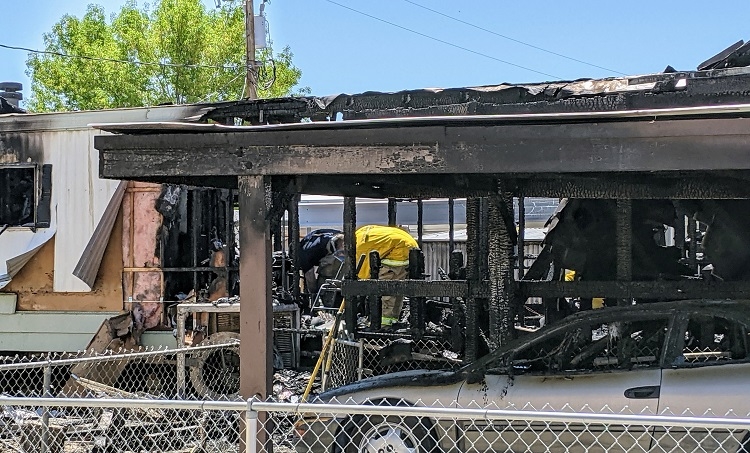 Neighbors say the home was occupied by two people at the time of the fire and the female occupant was able to escape the structure. The male occupant perished.

Dooley said the 12:55 a.m. call was for a trailer fire, and the department responded with 31 firefighters and 12 apparatus. The fire was put under control in short order with none of the adjacent trailers receiving any substantial damage.

Firefighters were on scene for approximately two hours before returning to the fire station.

The fire is currently under investigation by the Nevada State Fire Marshal’s Office, who are on the scene now.

As soon as the report is completed, the fire department will make that available. The deceased is not being named at this time pending notification of family.