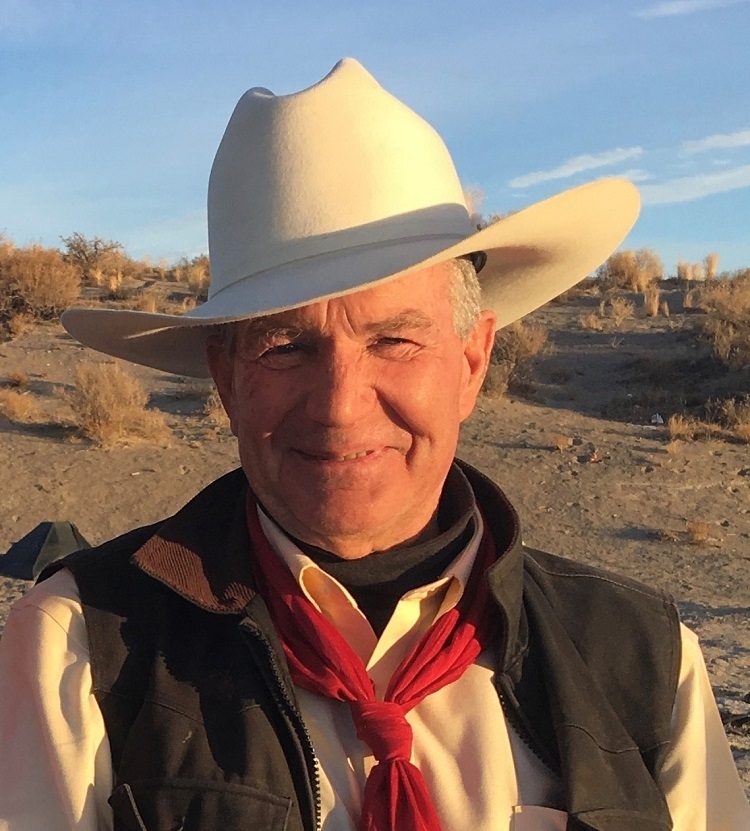 Joe Dahl is Rachel's dad. He is currently writing short stories about the horses he has known over a lifetime of training, ranching, jumping, and playing polo.

Some people have not understood why the sheriff has not been enforcing masks.  I think it is because he is an American.  Well, the other thing is he’s the sheriff of Churchill County, Nevada.  I don’t know Sheriff Hickox, only by reputation of what I hear and what I read.

I have been sad for the last year as I watch the red neck men, young and old with plenty of hair out from under their ball caps and plenty of hair of various sorts on their faces, get out of their pickup truck start putting their face mask on as they go into some place of business.  These are the men who do the heavy work that makes the community function; agriculture, construction, utilities, commerce, whatever it takes to make trade and money flow.  They are red necks, but a sophisticated sort, even though they are sometimes lost in hat etiquette; do I take it off, leave it on, or tip it to the ladies.

These boys have fallen into the biggest control-by-fear trap the world has ever seen.  From their seventh-grade civics class and growing up in this country they have at least a vague understanding of government rights and wrongs, the spirit of the Constitution is a part of their thinking.  Strange that they meekly if grudgingly went along with the mask thing.  The Sheriff is our last line of defense against an overreaching government, and his reluctance to make us mask-up appears that he knows his office and duties.  The inconsistent, contradictory but somehow universally accepted information on mask-wearing is a phenomenon the world has never seen.  In some ways, tuberculosis numbers are worse than covid and have been for years.

Seat belts and helmets for bikes and motorbikes; if we didn’t go along we were forced to because we are all in this together and there are real dangers.  For years, during the flu season, I have cleaned my hands after the gas pump and getting change, especially paper money, from the cashier.  However, I don’t have to wash my hands before eating a sandwich or chips after branding where there is horse and cow manure involved.  People germs concern me.

We are grown-up people with an innate sense of personal responsibility to take care of ourselves and those who we are responsible for.  We can enjoy guidance from the government but should be wary of control.  Finally, yesterday on the door to the oldest business in the valley the sign said, “masks recommended but not required.”

The way we all fell in line and obeyed the mandatory mask mandate was an exercise in teaching us how to obey. Now when they tell us we have to stop this horrible gun violence, we’re all in this together, it looks like we will ask them where we can turn in our guns.  I don’t think Sheriff Hickox wants to be a part of that, but judging by his actions so far, he will be there for us.

Views expressed by writers in the commentary and opinion sections are their own and do not necessarily reflect the point of view of The Fallon Post. We support and encourage a vigorous, public debate and polite, public discourse as a normal, sacred part of American civic life. Please send commentary or opinion pieces to [email protected]

Fallon Conservative 2021-05-04, 10:57 AM I disagree with you about the mask mandate and the Constitution, and there are many sources online you can read to educate yourself about what rights the Constitution actually provides. The leap you make to guns being seized is silly. What you need to understand better is that conservatives are now a minority in Nevada and the best way to change that is to vote more conservatives in- which won't happen if you perpetuate these conspiratorial, extreme views. Conservatives need to be seen as reasonable and intelligent for moderates and non-socialist Democrats to vote for them. This kooky, fear-mongering posture is doing irreparable harm to the conservative cause in Nevada. You are aiding and abetting the Democrats, Sir.