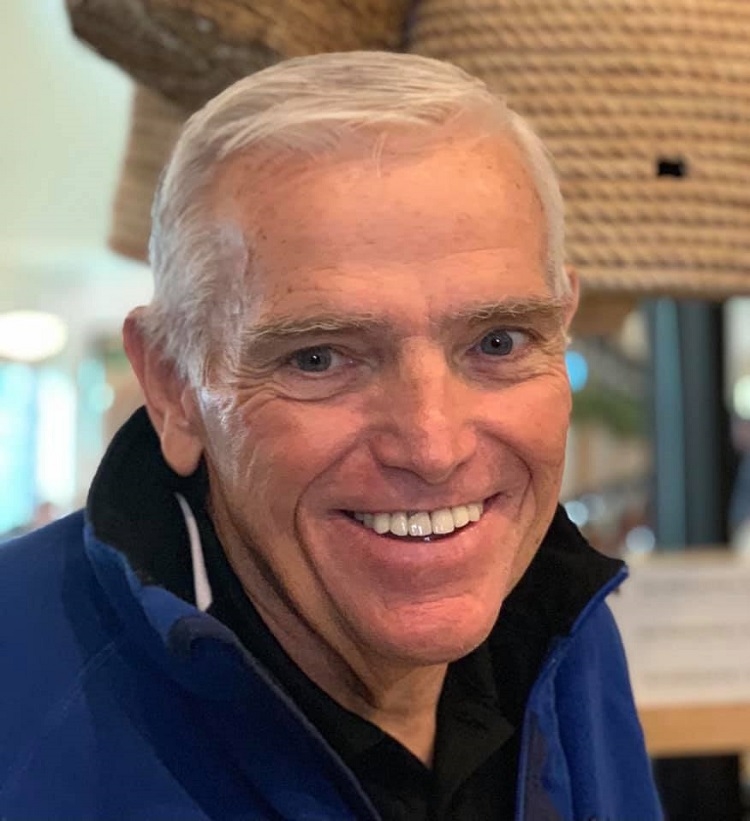 Bobby was born in Rock Springs, Wyoming on August 15, 1952, to George Robert Sr. and Shirley Tucker, he was the middle of three children. Bobby grew up in Fallon, Nevada, and attended college at the University of Utah where he obtained his pharmacy degree. He worked in that profession in Nevada for the next 30 years.

Bobby married Deena Eborn in 1973 and together they had 6 daughters. A few years after their divorce he met his true love, Lynda Tucker. They were married in December 2018 and in the process, he inherited 8 additional Tucker stepchildren.

Those who know Bobby would tell you he has a quick wit and an unparalleled ability to turn any situation into an inappropriate joke. This is a fact that can be attested to by his band of scuba brothers, who rallied around Bobby and loved him unconditionally. The only thing he loved more than his dog was a sweet treat at 3 in the morning. Many people had the misfortune of going on hikes around Rattle Snake with him and found themselves outpaced and lapped twice over. Bobby spent several years on the High Council for the Church of Jesus Christ of Latter-Day Saints as well as being first counselor in the Bishopric. However, by far, his favorite calling was the privilege of serving in the young men’s program. They spent a lot of time in service to their community and his good nature made for light work.

True to his nature, Bobby fought his terminal diagnosis with unrelenting strength and positivity that was the very essence of who he was as a person. Bobby was preceded in death by his parents Bob and Shirley Tucker. He is survived by his wife Lynda Tucker; his six daughters Melissa (Gib) Mackedon, Katie (Nathan) Dahl, Jennifer Tucker, Nicole Tucker, Lynlee (Steve) Synder, and Rachel (Zack) Cord; his stepchildren Jenna (Joey) Mennel, Robert Tucker, Stephanie Thomson, Severin Tucker, Matthew Tucker, Aubrey Tucker Westwood, Shelby Tucker, and Jaren Tucker; his sisters Janet (Willis) Hyde and Shelley (Dave) Foster; many grandchildren, nieces, and nephews.

A memorial service will be held in Fallon, Nevada on Tuesday, April 27 at 11:00 a.m., at the Church of Jesus Christ of Latter-Day Saints Chapel, 450 North Taylor Street, Fallon, NV.