Corbitt Wall -- The State of the Livestock Industry 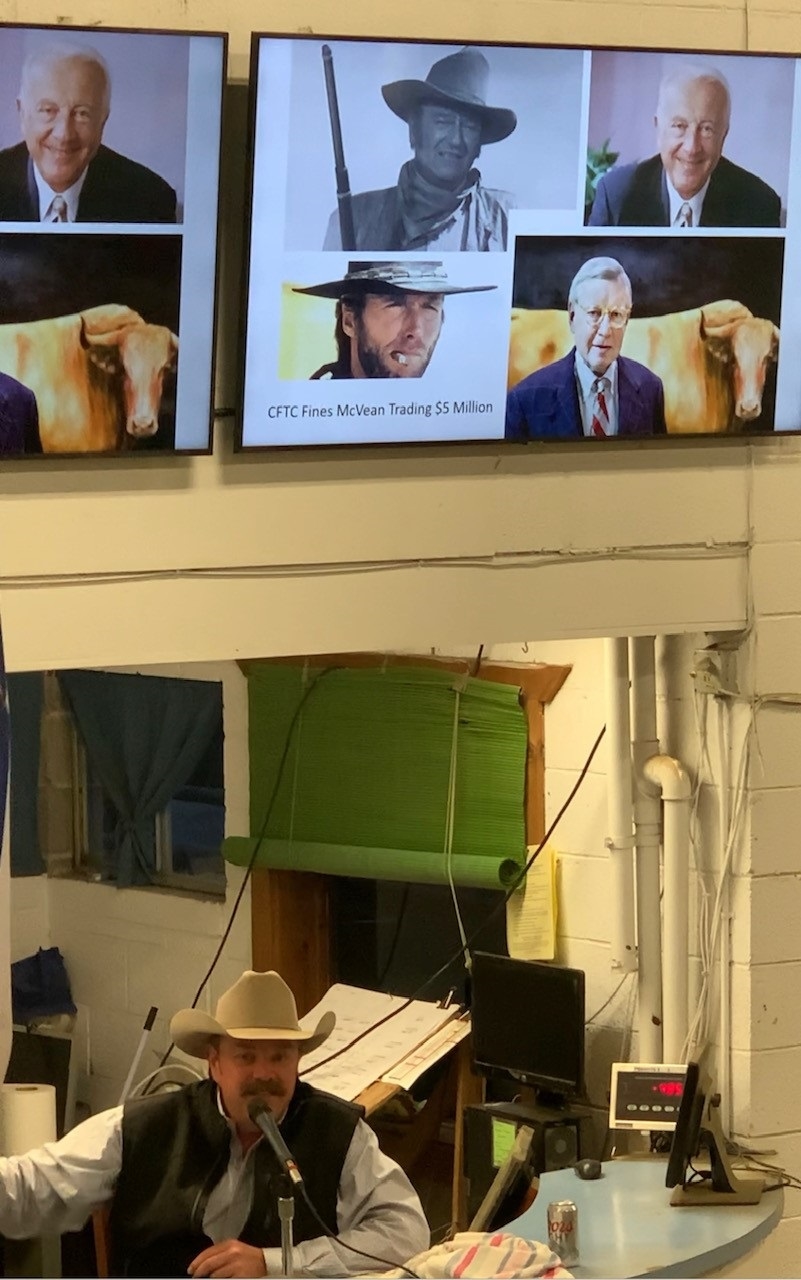 Corbitt Wall of the daily "Feeder Flash" made a presentation last week in Fallon on the "State of the Livestock Industry" saying the men in his slide were heroes to the cattlemen.

Nevada Livestock Marketing held the monthly feeder sale last week, with Corbitt Wall coming from Texas to auctioneer along with Jon Hanger. After the sale, Wall gave a presentation on the “State of the Livestock Industry” attended by local and out-of-state cattle buyers. Over 3,500 head of cattle went through the special, monthly sale, with buyers coming from Idaho, Oregon, California, and attending online from across the Midwest.

Wall hosts a daily news production called “Feeder Flash” and declared there is hope for the livestock industry, however, warned cattlemen they could end up like the pork and chicken industries which have been decimated.

A fourth-generation cattleman, Wall said his great-grandad was a farmer from Missouri who “hated farming with a passion.” He decided to farm cattle rather than crops, starting out buying little strings of cattle and eventually moving to Nebraska. His father was a rancher in New Mexico who would go to six sales a week across the state back in the 60s. Wall himself worked for the U.S. Department of Agriculture after college, doing a 20-year career before going to work for DV Auction, a real-time auction broadcasting company based in Nebraska.

The origins of cattle marketing began in the early 1900s when cattlemen built stockyard facilities on railroad land where they used to drive cattle to ship to Kansas and Nebraska for processing. drives. Cattle were marketed finished, grass fat, not because of a special niche, but because back then that’s all they had to feed them. Finished cattle would sell and be processed in the packing houses located near the stockyards.

“Even in the stockyard days, they had rules to protect competition. The packer buyers couldn’t just go in and start bidding – they would have to draw a number and then go in a rotation,” said Wall. “That’s what we’re lacking today; we don’t have any ground rules on how we market these fat cows out of the feedlots.”

Eventually, the big commercial feedlots expanded west into the arid climate. This is when packing houses started moving to be closer to the feedlots, and then the packer-buyers started buying shares in the feedlots, which was actually a conflict of interest according to the Packer and Stockyard Act of 1921. President Theodore Roosevelt gained a reputation at the time by busting up monopolies in the oil and steel businesses, as well as the beef trust. “He thought it was unhealthy for the beef business, for consumers, for farmers and ranchers because there were six packers that made up 50% of the business,” said Wall. Today there are four packers that makeup 85% of the business, “and it doesn’t look like anyone is coming in to bust them up, so we have to do something.”

Wall said the best way to sell cattle is the negotiated cash trade, which used to be the only way cattle were sold. When the commercial feedlots grew, formula trading because more popular, working off a base price established off the cash market. Forward trading is a way to sell feeder cattle, but not a way to sell fat cattle. The negotiated grid is somewhat like formula trade, but the base price is negotiated on the merit of the cattle instead. Wall said this is the second-best way to sell cattle. In the cattle market today, 2.6% of Texas cattle are negotiated upon, allowing for the fat cattle market to be manipulated by the bigger commercial feeders.

Wall said Iowa has more small farmer feeders rather than commercial feedlots, which gives producers a strong influence on the cash market each week. “The trouble with this is many of these farmer/feeders don’t know what their fat cattle are worth, and they don’t know what to ask for their cattle, so the packers take advantage of them,” he said.

“Your cowboys are no match for the packers, the packers win every week.”

Presenting the heroes of the cattle industry, Clint Eastwood and John Wayne along with Robert C. Atkins and Charlie Bain, Wall said Atkins almost single-handedly brought domestic beef consumption back, through the Atkins diet. Bain, known as “Memphis Charlie” ran risk management for the large feedlots. He figured out how to offset the risk in the cattle business. As long as the pens are full of cattle, he could figure out how to keep the cattle industry afloat.

Wall offered suggestions for the cattle industry in order to, “not end up like the pork and chicken industry” saying there were several steps that could be taken. By alternating the calving season – 70% of the calves born in the U.S. are born in the spring – the market could be spread out and better absorb the supply.

Paris said by email, "There are numerous examples of regulation/legislation that have attempted to fix the inequities in the cattle markets but have failed for various reasons and in some cases have made things worse. This bill (CMTA) would likely benefit some regions, but would not offer much help in Nevada. NCA supports a voluntary collaborative approach to price discovery before a federal government fix."

“One thing we have with this administration," said Wall, "is an administration that doesn’t mind regulating business,” he said. “We may have a chance to get something like this through.”

This article first appeared in the print edition of "The Fallon Post" on Friday, March 25, and has been edited to include comments by the Nevada Cattlemen. 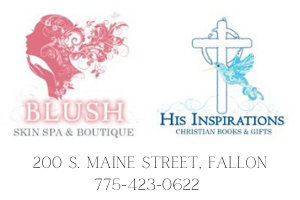