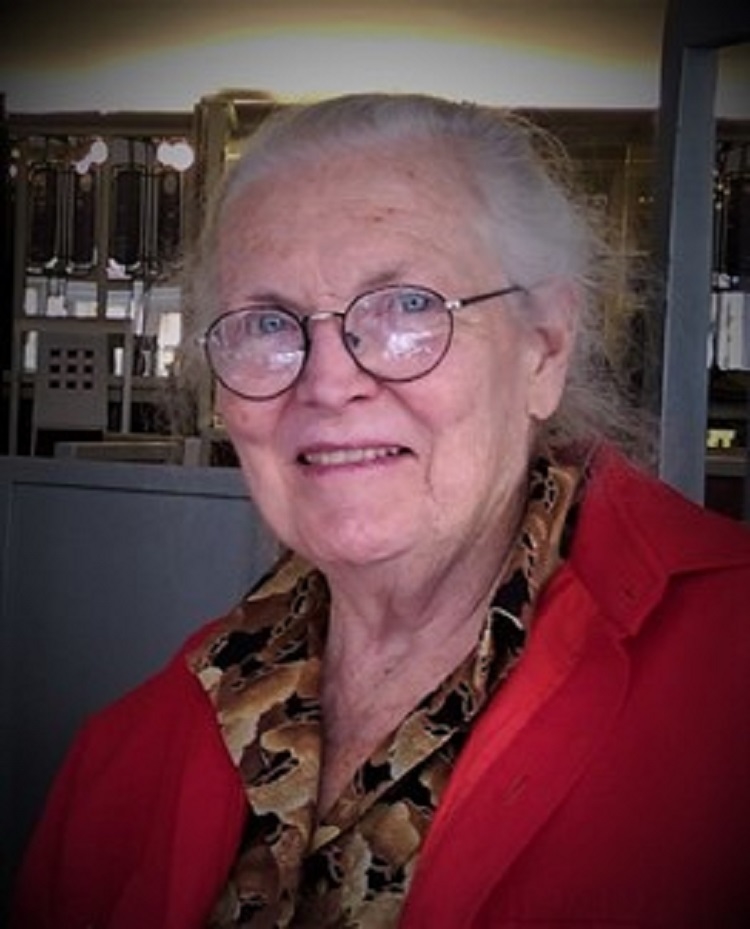 Jimmie Vaughan (McAninch) Upham, age 80, passed away peacefully at home on 24 March surrounded by her family.

Jimmie was born to James Walter and Ada C. McAninch in Blackwell, OK on 11 Dec 1940.  The second of six siblings, she grew up in Tonkawa, OK, and received a BA in American history from Oklahoma City University in 1962.  She met a young Army officer, Robert Wayland Upham, Jr (known to all as Bob), from Rumford, RI, on a blind date to a fish fry.  They were married three months later on 11 August, 1963.  She followed her husband to duty stations that included Kuala Lumpur, Malaysia; Texas; Maryland; New York City; Maryland (again); Okinawa, Japan; Washington State, and Rhode Island; before retiring to Grand Lake Stream, Maine to garden, canoe, and substitute teach.  She served as a town councilwoman, was involved in many environmental and Resource Management groups, and was instrumental in the foundation of the Downeast Lakes Land Trust.  In 2008, the trust, with Jimmie as its treasurer, conserved 342,000 acres of pristine lakes and forest in Maine for the fundraised sum of $32 million (see downeastlakes.org).

In 2013, she and Bob moved to Fallon, NV to be closer to family.  In Fallon, she enjoyed attending Churchill Arts Council performances, attending Epworth United Methodist church services, and knitting with the group of ladies that met at the Churchill Library.

She is survived by her sisters Sharon Roth, Janet Humphrey, and brothers Mike, Joe, and Kent.  She has three children and their spouses: Villette Samantha “Sam” Thorpe and Mark Thorpe of Ypsilanti, MI; James Nelson “Zip” Upham and Nancy Upham of Fallon, NV; and her youngest daughter Ada Vaughan Upham of Fallon, NV.  She has two grandchildren, Rachel Thorpe and Jace Thorpe, both of Chicago, IL.  She leaves behind two black labs named Roddy and Rowan.

She is predeceased by her husband, Bob, and her sister Theresa Dawn McAninch.  Jimmie’s ashes will be interred in the Northern Nevada Veterans Memorial Cemetery in Fernley with her husband.  The family will hold a memorial gathering at a future date and asks that in lieu of flowers, donations to Epworth United Methodist Church in her memory are appropriate.