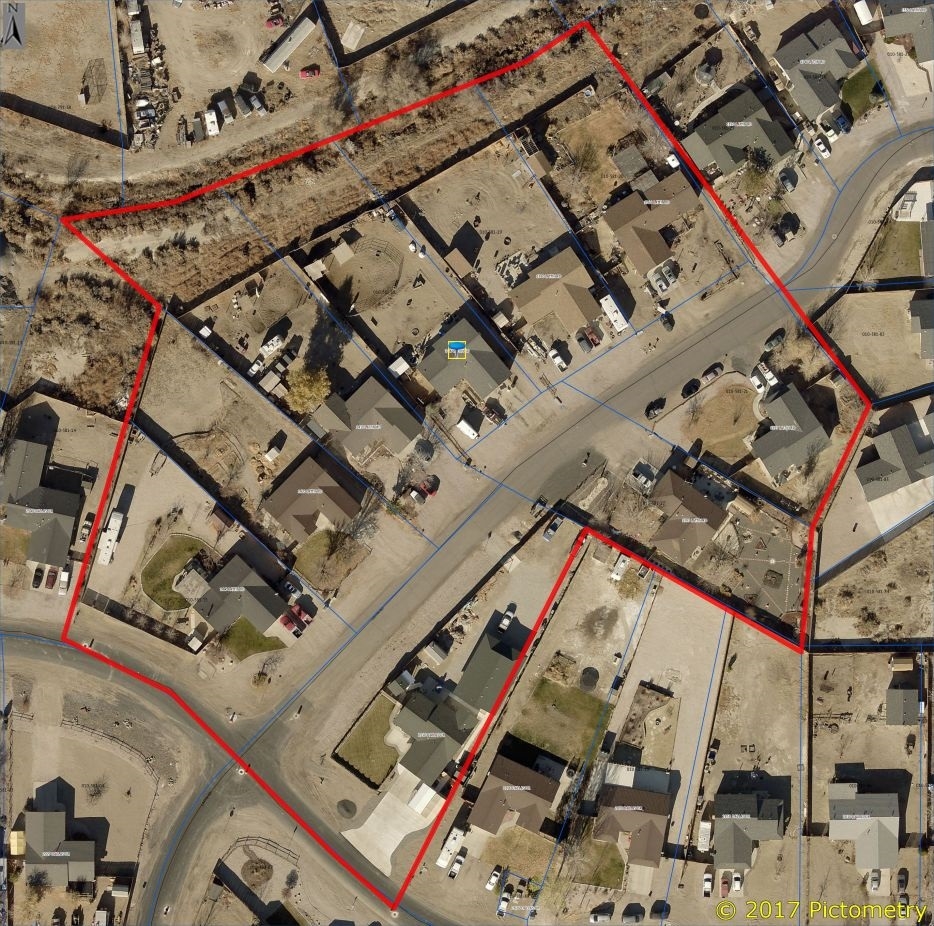 Ralph Andrew Countryman applied for the annual review of the Special Use Permit (SUP) granted on December 6th, 2018 for a home-based waste disposal business located at 8885 Ara Lane. The subject property consists of 1 acre and is in a C-2 Zoning District, and the applicant does not own the property. Loreli LeBaron, the county's Code Compliance officer, stated that she did an inspection of the subject property on Jan 12th and found that conditions for approval have not been met. Those conditions included no trucks or equipment on the property, fencing required to obscure the view of the property, and resolution of public nuisance violations. It was brought to the Commission's attention that this is 2nd year for the SUP annual review and the applicant still has not represented his request. This was 4th time the applicant has been asked to come forward and he did not appear tonight. The Commission found the subject property to be in violation of multiple county statutes and that the application does not meet the requirements for approval of the SUP. Application denied.

Temporary Use Permit (TUP) to establish temporary quarters on property located at 623 River Village Drive submitted by Amiee Springfield. Concerns from residents in the area were raised due to someone living in a 5th wheel on the property. The neighbors would only be in favor of a 1-year TUP. The applicant will need to install electric, water and waste disposal if their application is approved tonight. Familial and financial hardship on the part of the 5th wheel occupant was used to support the application. The applicant originally requested the TUP for 3-5 years but stated that they will accept a 1-year permit. The Commission asked if the applicant could come back in 6 months to report on what will be happening next, instead of waiting 1 year and the applicant said “Maybe.”. The findings were found to have been met for the TUP, and approval of the TUP passed subject to the conditions noted in the Staff Report.

TUP for temporary quarters, submitted by Terry Pearce for his property located at 4985 Reno Highway. The request was to allow the applicant to reside on commercial property in his RV while building his welding business on that property. Septic, power, and a well are on the property which consists of 1.7 acres in a C-1 zoning district. NDOT maintains access requirements for entry and exit onto the highway. They have also suggested that a joint access agreement would be needed with Skips as access to the subject property is done via Skip's property, but there is no formal agreement between the parties at this time. Any construction would also have to meet all NDOT requirements.

Public comment was submitted for the record that spoke to the applicant's character and to him being a man of his word. The applicant is estimating up to 5 years to build his new building. He works a full-time job in addition to providing welding services at his customers' sites. The business is not established on the subject property, but the applicant does have a business license registered at that property. The Commissioners pointed out that living on property that is not zoned for residential is not allowed. The Staff Report submitted also found that having a home-based business out of an RV with a storage container on the property is not allowed and that the TUP should not be used to get around laws regarding establishing a permanent business location. The applicant stated that he has no other place to live at this time. He came before the Planning Commission as a result of a county enforcement action. A 5-year time frame for a TUP is not acceptable to the Planning Commission. Code Compliance has not received any complaints about the property to date. However, an inspection was only able to be done from the public property areas due to No Trespassing signs and a fence that surrounds the property. The property should also be inspected by the County Building Department to ensure that the

gray and black water from the RV are both going into the septic system. The Commission voted that findings have not been met for approval of this TUP, and then voted to deny the TUP application. There is a 10-day appeal period that the applicant may pursue. All appeals of Planning Commission decisions are made to the County Commissioners.

A zoning variance application was reviewed by the Commissioners next. This request was to reduce the 5-acre requirement in an A-5 zoning district to create a 2.2-acre residential parcel in that zone. The application was submitted by Bejona Enterprises LLC for their property located at 6335 Reno Highway. The parcel consists of a total of 5.7 acres that spans 2 different zoning districts, the A-5 zone, and a C-1 zone. Concerns were raised by the neighbor whose property abuts the subject parcel. It was stated that the traffic is currently going in and out of her driveway and that is causing issues. Entry and exit to the subject property may need NDOT approval, and comments from NDOT were submitted for the record. The property should be inspected to review access to both the residential and commercial parcels. Any construction will have to comply with county permit and construction standards, in addition to needing shared access between the 2 parcels. The commissioners noted that the proposed property line goes through a cluster of buildings, and in one case right through a building. The river also runs through the property which greatly reduces the usable area of both lots. Parcel 1, a 3.5-acre commercial parcel can be built on as it currently stands. The applicant stated that he may like to offer either or both of the parcels for sale, or he may want to build on the residential parcel and then sell it. The host house built on the property just about a year ago and it is hooked up to both wells on the property. N The applicant stated that both wells were present when he purchased the property. One well would need to be designated for each parcel. The neighbor stated that there have been 3 years of trespass issues in her driveway, and also has a gate but that does not help. The applicant stated that he is planning to build a fence between the properties. Findings have been met to approve the variance application. When the vote was taken, 4 Commissioners voted in favor, but 2 voted against. A motion for the decision to approve variance application subject to conditions in staff report was made and approved, with the same 4 Commissioners voting in favor and 2 against.

The last application of the evening consisted of a series of 7 parcel map applications to implement previously approved parceling in the Michelle Drive and Dillon Road area. The applications were submitted by the McCreary's. Some background on the project was provided and it was stated that Mick Casey was developing property in the Sky Ridge area and 3 phases had not been completed. The applicants are currently working on phase 8 and new roads are involved. The parcel plans were approved in 1995 and then modified and approved in 1998. The applicants want to return to the 1995 plan for well and septic placements. Also, the 1998 plan called for the elimination of the canal, and the applicants have no plans to do that. Instead, ditch crossings will be required for some lots as well as bridges when Michelle Drive is paved. The maps submitted with the application still require county review. Findings have been met for parcel maps application for 21 lots in the subject area. Motion for the decision to approve 7 parcel maps is subject to the conditions identified in the Staff Report as well as being subject to other conditions raised during the review. All Commission members voted to approve.

The agenda also included 2 termination requests. One was for a TUP that was originally granted to Joe Munoz for temporary watchman's quarters on property located at 4606 Beacon Way. The business has closed and the mobile home has been removed, so the TUP is no longer needed. The second termination was for a SUP for a horse boarding facility granted to Robert and Kim Jasch at the property located at 6263 Jacobs Road. The business has closed and the permit is no longer needed. Both terminations were approved by the Planning Commission.

The Planning Commission holds its public hearings on the 2nd Wednesday of each month with the next meeting scheduled for March 10th.