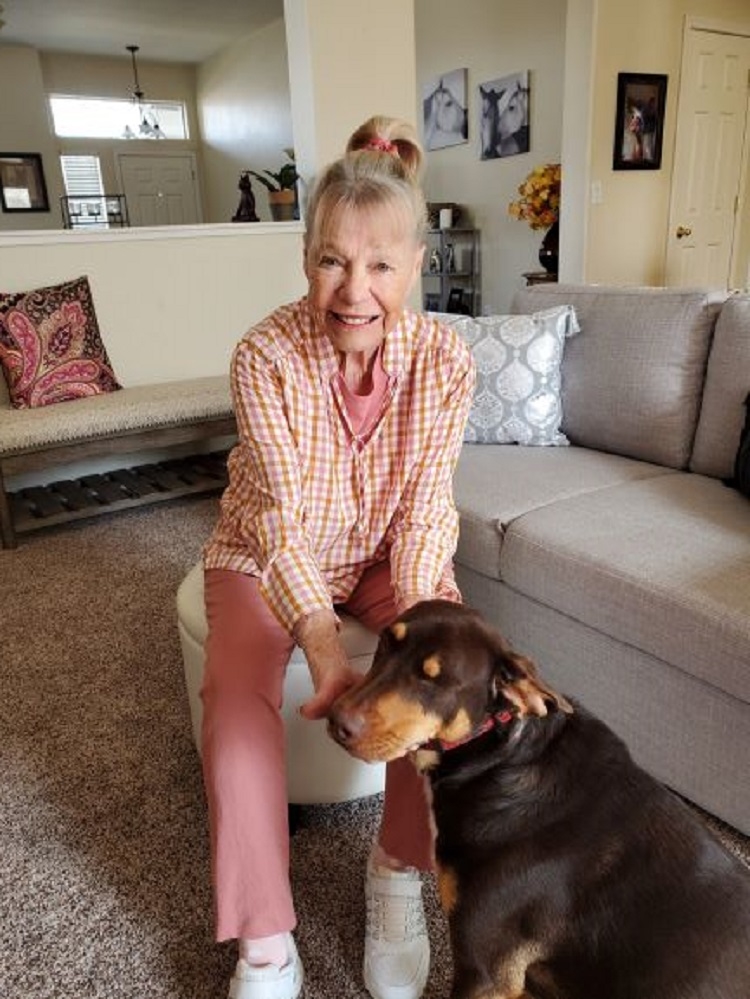 Holding her in our arms and paws forever...

Born to Charles and Marian (Brown) Card who spent many years in Fallon, NV.  Charles Card was the first Director of the Senior Center in Fallon, a position he treasured. Some of the many highlights of Carol's life were; being Head Song Girl at San Jose State College where she landed a full center photo in “Sports Illustrated” in the November 1955 issue. After graduating from college, she was hired by Pan American Airlines as a "stewardess." It was with Pan Am that she ventured around the world including Hong Kong, the Philippines, Thailand and Australia.

After having her two daughters, Dana and Dawn, she decided she needed to stay grounded for a while. Adopting and fostering cats, kittens, and dogs became a lifelong journey for Carol and there was never a moment that she was not surrounded by animals. One of Carol's longest positions was working for Revlon cosmetic company as a beauty consultant that she stayed with for over 20 years. Carol longed for her own business, and after a long company commitment, she opened a specialty store in San Carlos, Ca. called “The Unique” inspired by her travels of the world with Pan American. She sold lovely items from England, France, Belgium, the US, China, and Thailand.

After the San Francisco earthquake of 1989, Carol decided to sell the store and go into Real Estate sales with our father James Rutecki. Living in Woodside, Ca they liked to stay close to home. The two quickly became a powerful duo that sold high-end properties in Woodside, Atherton, Palo Alto, San Carlos, and Menlo Park. Finally, Jim and Carol were ready to slow down and decided to retire to La Quinta, Ca. where she joined Animal Samaritans SPCA in Thousand Palm, Ca. and continued fostering kittens. Carol was by far the biggest animal lover that anyone could ever meet. Her animals meant the world to her and she was surrounded by them throughout her life and finally in her death.