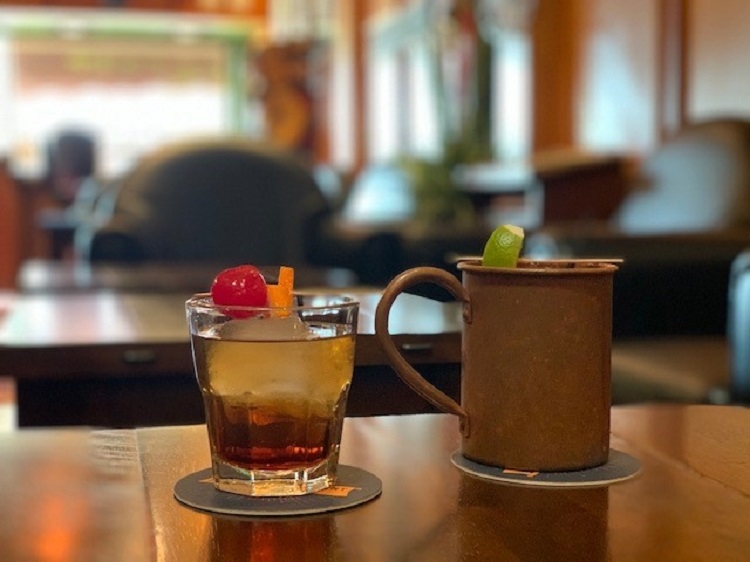 An Applehatten and an Apple Mule at the Tea Room

It's a beautiful time of year in the high desert valley.  Fall is here in full force, apples have been harvested, pumpkins are stacked and the fall fragrances are just delicious.  Did you know that we have an amazing little distillery in Verdi, just a few miles west of Reno that produces an equally amazing Apple Cinnamon Whiskey?

According to the Matador Network, the Verdi Local Distillery is only 774 square feet, making it the smallest distillery in America.  It's also under consideration by the Guinness World Records folks about whether it's also the smallest in the world.

Jeremy and Katey Baumann of Verdi Local offer tours and tastings Tuesdays through Saturdays and it is most certainly worth your time.  They offer a variety of whiskeys, one of our favorites being their Apple Cinnamon Whiskey.  The Matador Network says, “It hit the mark so hard with its deliciousness that it’s better known locally as BOJ, or blackout juice. Also in the works are a black licorice whiskey, an experimental hop-filled whiskey, and an orange peel gin.”

We've been carrying the Apple Cinnamon Whiskey since we opened and it's as popular as it's always been.  We have two cocktails that we've crafted at the Tea Room featuring this product and those recipes are included today.  We also serve it in a Hot Toddy or on a big rock just for sipping.

Sip and enjoy both responsibly... Ciao!

Cocktail Napkin – New Normal or Not?

The Cocktail Napkin – Essential Cocktails or "Jo's at Home"