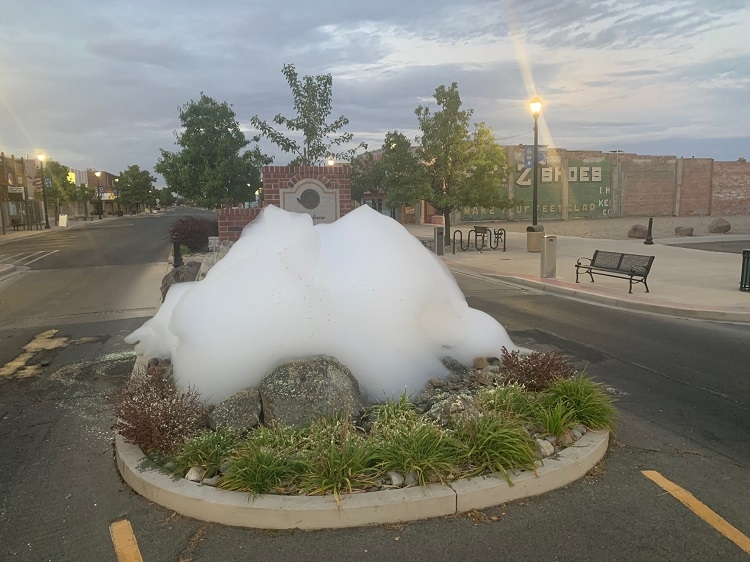 From time to time people will have a little fun with the city fountain -- in times like these we can appreciate fun when we see it. Hopefully this doesn't actually damage the iconic Maine Street fountain

During public comment at the City Council meeting yesterday, Geof Knell, a city resident approached the council with a heated request for a four-way stop on North Broadway and Serpa Place. Knell had come to city hall previously and blamed multiple city workers for the four-way stop not bring implemented sooner.

Mayor Tedford said that there was a plan provided by multiple city workers for stops signs around the area, and that it has not been implemented because of the need for continued research.

According to Mayor Tedford, not only is the city continuing to investigate the plan, but a traffic study also needs to be conducted. Due to economic situations from the coronavirus, Mayor Tedford said they will put-off a traffic study for the time being, but the traffic plan remained on his desk.

Unfortunately, Knell was not pleased with the response, and mentioned that he had waited for a stop sign to be put in for the entire 22 years he lived in the area. However, Knell did not make a request until a few years ago, according to past traffic requests brought before the city council for that area.

Although it was a tense council meeting this week, the council – along with Mayor Tedford – handled the community member’s concern with respect, empathy, and reason.

The only other agenda items this week were the approval of past meeting minutes and the warrants/expenditures.

Public minutes and agendas are accessible on the City of Fallon website for more detailed information see: https://www.fallonnevada.gov/archived-meeting-agendas/