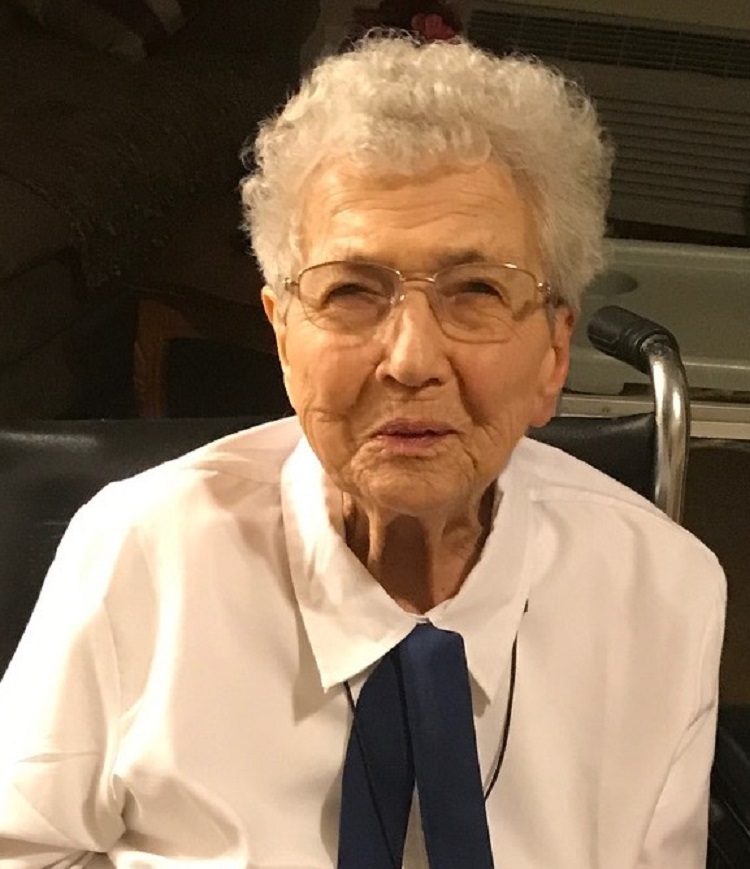 Marie Eleanor Rogers died peacefully on Sept. 5, 2020 at Northern Nevada Medical Center in Sparks with her family surrounding her.

Marie was born Sept. 16, 1920 in Yerington, NV  to Mr. & Mrs. Frank Gomes. She moved to Fallon as a young girl and attended Harmon, Northam and Churchill County High School. She graduated from Yerington High School.

She married Chris Madsen in 1941 and had 3 children, Eddie, Shirley and Theresa. After his death in 1964 she married Harold Rogers in 1965. After Harold’s death on Jan 31, 1992, she remained in Fallon until 2009, then moved to a Sparks assisted living home where she resided for over 10 years.

Marie retired from the local telephone company with 30 years of service. She belonged to several local organizations such as the Harmon Club, Cloverleaf Club, Eagles, Retired Public Employees of Nevada, and the Independent Telephone Association of Nevada. She also volunteered for Stuff and Such for many years and was a long time member of St. Patrick’s Catholic Church.

Marie had many hobbies over the years. Her yard was very important to her and was always the best on the block. She did an amazing job painting all her families beautiful pictures and her family also benefited from her ceramics. She enjoyed knitting, crocheting and sewing as well.  Marie was a doer not a sitter.

Bonnie G Carter
Happy Anniversary Don and Dawna, and many more. Good Fallon memories include you both. Bonnie Carter