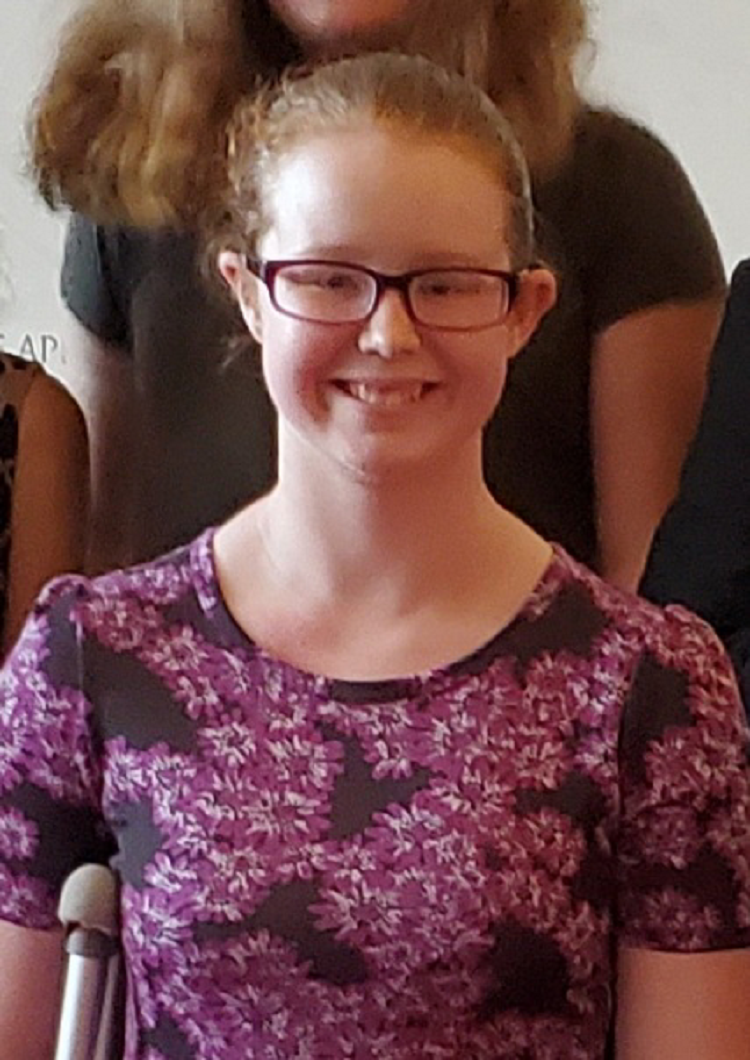 Photo provided by Diana Cosman
Hemophilia: The Zoomsical will be a Facebook Live event today, July 31, at 5 pm Pacific

A Fallon local, Gracie Potts, will be featured in a nationwide musical: “Hemophilia: The Zoomsical."

The musical, organized by the Breaking Through! Musical Theater Intensive Program, will contain five songs, which focus on the psychosocial and general health aspects of being a young person with a bleeding disorder.

According to the production company, “The virtual musical program is designed to provide the young adult with powerful education on the healing and therapeutic power of the arts and self-expression, particularly when managing a chronic health condition like a bleeding disorder.”

Potts said she had heard about the performing program a few years ago, and was told to apply to be in the musical.

“Siblings are usually not featured. Siblings, parents, spouses – they go through it even if they don’t have a disorder. And this is common with the families of people with bleeding disorders,” Potts said.

Potts said that this play was something she was interested in because she loves to write, and loves musicals.

“It’s something I wanted to do, but it will also educate people about the disorders,” Potts said. She said that rehearsals began over Zoom, and that it was hard to rehearse at first. Once she heard all the voices recorded together, she was excited to see the finished product, and share it with the friends she’s made from the rest of the program.

“The one thing I want people to take from this is that people who have disorders and families of people with disorders should express themselves in the arts. And don’t be afraid to be yourself!” Potts said.

Hemophilia: The Zoomsical will be a Facebook Live event on July 31, at 5 pm Pacific.

For more information about the show, cast, or educating yourself on hemophilia and other bleeding disorders, visit www.BreakingThroughHemophilia.com

Music Review -- When You See Yourself