Cantaloupe Festival Cancelled due to COVID 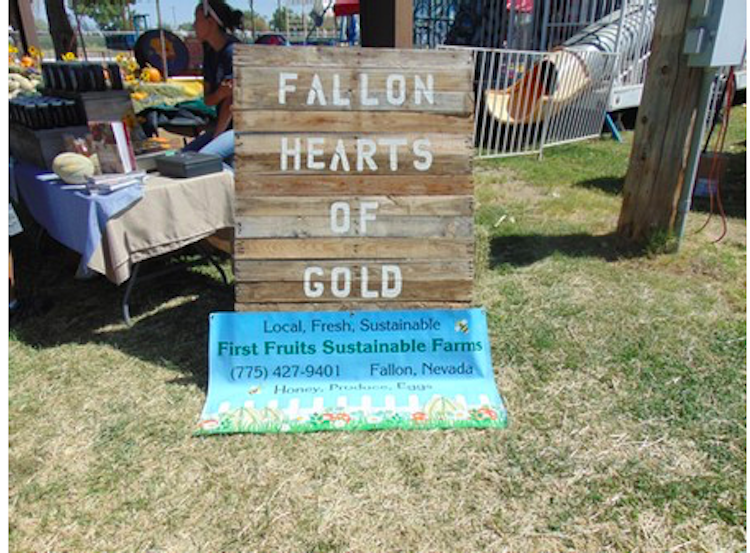 Courtesy of the Cantaloupe Festival

With deep regrets, the Fallon Festival Association announced Thursday the cancelation of the 35th Cantaloupe Festival and County Fair that was scheduled for August 28-30th.

According to Festival Chairman Zip Upham, planning for the event begins a year in advance. At the close of the 2019 Cantaloupe Festival, this year’s event preparation was underway. The Board has been meeting weekly since the onset of COVID in hopes that restrictions would allow for the event to take place as scheduled. “With the directives set forth by the Governor’s office, we are unable to host the event in a meaningful way,” stated Upham. “Based on current restrictions, the emphasis on enforcement, mask mandates, and social distancing requirements, we don’t have the ability to bring together large groups of people.” Upon Governor Sisolak’s announcement that Nevada would no longer be phasing into he less restrictive Phase 3 of the State’s reopening plan, the Board had to make the difficult decision to cancel Nevada’s oldest agricultural community event.

Over the last few months, the Board examined several options to make the event possible. “We considered selling a limited number of tickets to the event and putting place various mechanisms to control the numbers and allow for social distancing,” Upham explained. In particular, the board had concerns for the over-50 population and the sizable crowds that gather in the pavilion and the Dry Gulch during the Festival. “At this point, we have decided to cancel the festival with every intention to host the Cantaloupe Festival in 2021. “We could use the entire Fair Grounds and space everyone at six feet apart, but that is not how humans behave,” stated Upham. “There was no solution that would meet the expectations of the governor’s office, state health officials, or even basic CDC guidelines.”

The Festival Board expressed it’s sincere thanks to its many sponsors including Churchill County, The City of Fallon, and CC Communication along with all of the local vendors and volunteers that make the Cantaloupe Festival such a special event.

“Festival for folks looking for cantaloupe can stop by local growers, farm stands, and Lattin Farms,” Upham expressed the Board's thanks to Lattin Farms for their continued support of the event, even in these trying time. “Though there is no Festival, the contest for growing the cantaloupe is still underway and will be judged at Lattin Farms.” According to Upham, Lattin Farms is working through restrictions to get their farm products to farmers' markets and stands. Locals can also connect with the Fallon Food Hub for more fresh produce options.

In an effort to expend CARES Act dollars, the idea of a Civic Center at the Fairgrounds is being explored
Support our Work