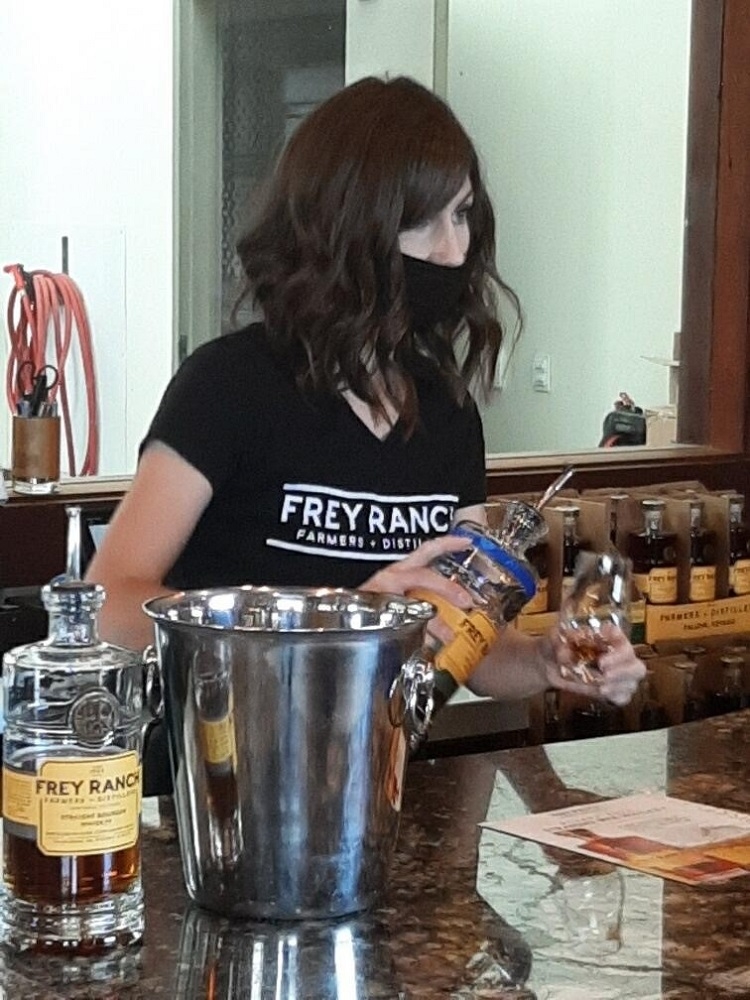 With the whiskeys now released, changes will be coming to the local distillery.

Frey Ranch Distillery experienced success with their bourbon release last December, and it is a safe bet that the release of its Straight Rye Whiskey will also bring success to the Fallon distillery.

Colby Frey, CEO, Co-founder, and “Whiskey Farmer,” started the distillery in 2006 with his wife and Co-Founder, Ashley. The Freys have a history of farming in this area that dates back to 1854. For generations they have fostered good stewardship as farmers that are caretakers of the land. Colby will often be heard saying, “Be good to the land and it will be good to you.” The team at the distillery also depends on the work and dedication of Master Distiller and Certified Crop Advisor, Russell Wedlake. This team runs a year-round working farm that also offers tours and provides a tasting room for the public. They take great pride in being a “ground to glass” operation.

The newly released Rye whiskey carries the distinction of being ‘bottled-in-bond’ straight rye whiskey. This requires that the spirit was produced by a single distiller within one season (January to June and July to August in this area), aged for a minimum of four years in a bonded warehouse, and bottled at precisely 100-proof. “Nearly everyone commented on its smoothness and how easy it is to sip, which is rare for a 100% rye mash bill. We’re very proud of how our first-ever Straight Rye Whiskey turned out and can’t wait to share it with consumers,” Colby shared.

The distilling of bourbon and rye whiskey is basically the same. The process starts with the cooking of the mash, then moves to the stripping still which removes the alcohol from the mash quickly. This still does not allow for any sorting of the liquids. Then the pot still is next. Here the processing is much slower, but is where the cuts are made in the liquor so that what is bottled is only the heart of the liquor with the heads and tails able to be sorted off (the toxic parts of the alcohol,congeners, that are part of the hangover the next day). The double distilling makes Frey whiskeys a cleaner, smoother product.

With the two whiskeys now released, the distillery will be phasing out the wines, vodka, gins, and absinthe that have been produced in the past. Wedlake explained, “The plan was always to be a whiskey distillery. We made those other spirits because we could release them right away. The bottom line, which always come to the bottom line, we sold more bourbon the first 30 days of its release than we sold of the other spirits in four years.” With rye a growing category in whiskeys and bourbon having the bigger demand, Frey Ranch Distillery looks forwards to these changes.

Moving to a whiskey distillery, has been a learning experience for the team. The rye whiskey, made from Winter Cereal Rye grown on the ranch, has been a source of pride, but not without some issues. Rye, with its beta glucans, is more difficult to process. The beta glucans in the mash make it very viscus almost like mucus. The mash can double in size as it grows because the bubbles are not rising and popping the way they would in bourbon mash. Wedlake shared, “The first few batches we made, it doubles in size overnight and floods the whole distillery. Slippery, stinky, won’t go down the drain. It is too thick. It’s been a live and learn.”

The distillery has added more stills to be able to double their capacity and as time goes on, increase productivity. Right now, the goal is to decrease the hours of labor needed to keep the process going. Adding the new stills will cut the down the workday, which currently starts at 4:00 a.m. and goes until 10:00 p.m.

The distillery has fared well during the various Covid-19 mandates. They were contacted by Costco to have their products on the Costco shelves. This helped with getting the spirits out during the shutdown.  When the state allowed, the distillery opened up for curbside customers. That kept them busier than they had expected. Now that they are able to open, Wedlake explained, “We’ve been busy, to the point that my job is pretty much stay at the door and figure out where to put people so that they are social distancing.”

As times and daily routines are changing, the Frey Ranch Distillery team continues to grow, expand, adjust, and make changes that keep life busy and looking eagerly for what comes next. To learn more visit freyranch.com

If you enjoy The Fallon Post, please support our effort to provide local, independent news and make a contribution today. Your contribution makes possible this online news source for all things Fallon.

What we missed this week – Hangouts at Azteca’s

Where are they now? -- Wyatt Getto