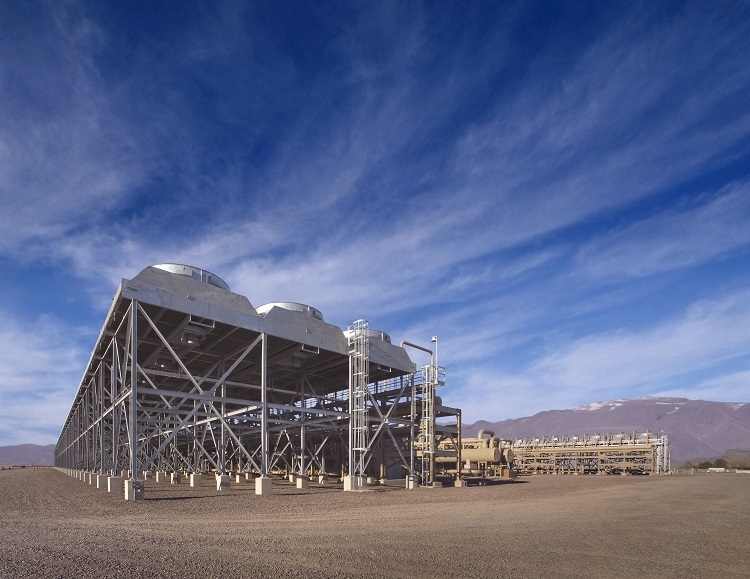 Chris Mahanna, with Mahannah & Associates, LLC, who is the water resources consultant for Churchill County, made a presentation to the Planning Commission last week to review the Enel Stillwater II geothermal monitoring plan.

In 2008 the Planning Commission approved a Special Use Permit for Enel that included a groundwater monitoring plan originally been agreed to and adopted in 2003 that included monitoring private wells in the Stillwater area. In 2014 a new monitoring plan was adopted which included drilling five new monitoring wells ranging from 300-600 feet deep, penetrating into the shallow thermal zone and measuring water levels, temperatures, and water quality parameters.

There are generally three aquifers defined in the Stillwater area; shallow that is less than 50 feet deep and is used primarily for stock water and irrigation and it is not potable, the shallow thermal which is 100-1000 feet with temperatures below 190 degrees Fahrenheit, and the deep thermal zone which is 1000 – 4000 feet and up to 360 degrees. Enel has their production and injection wells developed in this zone.

The dedicated monitoring wells have shown some hydraulic connection to the commercial geothermal production and injection activities associated with Enel’s operations, but according to Mahanna, “they have been relatively minor and no discernable long-term trends, again with the  caveat that these are 300 foot wells and they don’t necessarily reflect the deeper aquifers that some of the private wells may be in.”

Enel is also required to keep a communication log when residents or members of the public contact them with any complaints. Unlike early on in the project when a number of residents were concerned with a variety of issues associated with the geothermal operation, Mahanna said there haven’t been any recent complaints.

The monitoring plan also requires static temperature profile of the monitoring wells with depth in a non-flowing situation on an annual basis. Enel is requesting that the temperature profile be done every five years. “In looking at the data there has been a notable increase in the temperatures at about the 160-foot level in all of these wells,” said Mahanna. “The increases range from two degrees to thirty degrees and is notable in each of the wells.” He recommended conducting the temperature survey sometime in 2020 to see if the trend continues and then next year consider an every other year temperature log rather than every five years.

Water quality was a concern in the original plan but over the year and based on prior monitoring there has not been any significant change in quality parameters. Mahanna also mentioned land subsidence issues that had been reported by land owners in 2017. Enel reinjects their brine mainly in the southern field and withdraw mainly in the northern and central field which has led to water level decline in the central portion and water level mounding in the southern field.

Chuck Salo, Regional Manager for Enel discussed the recommendation regarding the temperature survey, saying the well-field has achieved a tremendous level of stability. Any deviations have been minor with no long term trends. “There’s just no real evidence to continue to monitor the temperatures,” he said. “After 30 years of monitoring this resource its time for a reduction in the annual temperature survey.”

After discussion the commission approved Mahanna’s recommendations and agreed to allow Enel to complete the temperature survey in 2021 with a review of the data in 2022. If there are no issues, Enel will request a five-year time frame for further monitoring.

When can you choose retirement?

Party at the Barn on June 29, at 6 p.m.
SUBSCRIBERS
Click here to log in
Support our Work