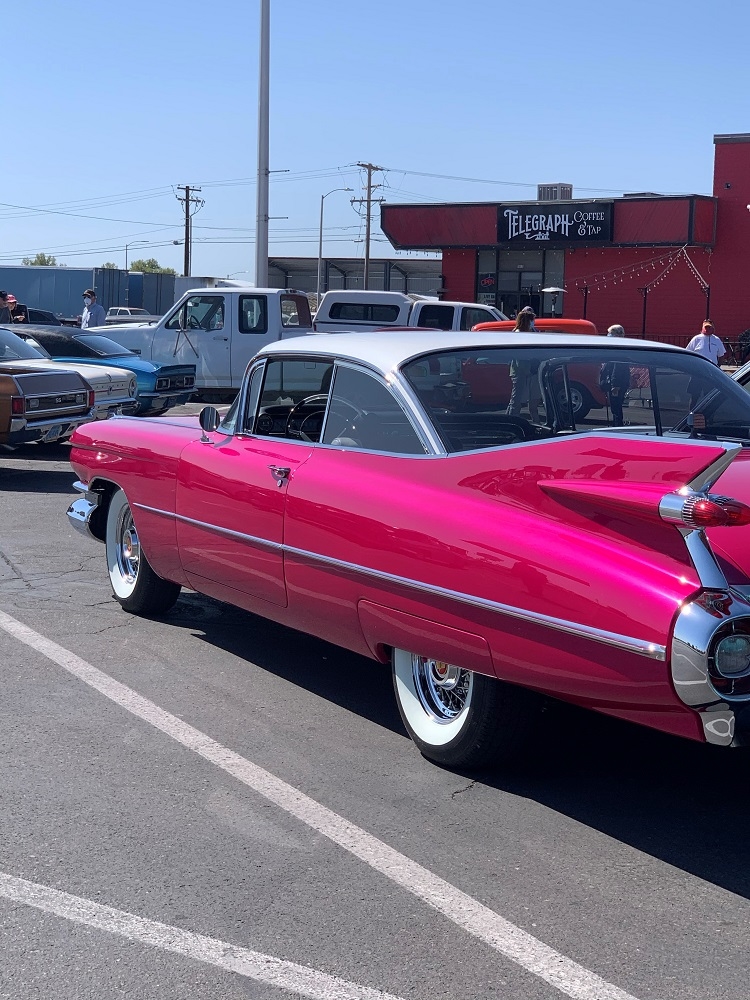 “Hey man, has this quarantine gotcha down?

“Well, yeah Leo. It has. I think I’m going a little bit crazy over here.”

“What we need to do is get out. Let’s get the ole classics out, polish them up, and go for a cruise. And hey, while we’re at it, let’s call a few friends...”

Although it may have started slightly differently, that was how Jerry’s parking lot was transformed on an average Sunday morning into the best darn (and possibly only) impromptu local car show. Thanks to a few quick calls and the magic of the grapevine, over 32 classic automobile enthusiasts took over Jerry’s parking lot a couple of weeks ago, amidst the restrictions of the State’s lockdown directive.

Even six feet of social distancing couldn’t diminish the sense of overall joy off cool cars and getting out and about. In fact, it appeared as if the spring sun and too many days of isolation somehow brightened the colors, chrome, and spirits of both the car owners and the lucky passersby.

With everything from a slick from a 1923 Ford to 1971 Chevy El Camino, folks gathered from various auto clubs along with other local classic car owners on earlier this month. Danny Lewis, the designated mascot for the event, was driving what he referred to as “Ruptured Checkbook Red” 1940 Ford Deluxe. “My goal is to drive it as much as I can while we still have fossil fuels.”

Bill Bradly was driving his mint condition 1967 Camaro that he bought after Vietnam and still owns. Jo Petteruti was dazzling in her ruby red 1969 Corvette Stingray. And those are just to name a few of the vintage rides in the display.

Leo Guerette, Larry Strange, and Larry Jones had been talking over the idea the previous Sunday. With little more in mind “than a bunch of old farts getting together,” according to Lewis, everyone was pleasantly surprised at the great turnout. The impromptu car show had taken on a life of its own.

After a good solid 30 minutes of hellos and a few tall tales, a downtown cruise was underway. With each car at least six feet apart for good measure, the parade of classic beauties made their way down Williams Avenue to Banner Hospital, over to Highland Manor followed by a trip down a nearly deserted Maine Street. The lack of traffic made it smooth sailing for the drivers and didn’t seem to have any effect on the morale of the day. The route also included a slow drive-by for the residents of Homestead Senior Living Center and finished up back at Jerry’s parking lot.

The effects of COVID-19 are far and wide, this is clear. Even so, Fallon residents are finding ways to cope and even have fun. It was a good day for a car show indeed. 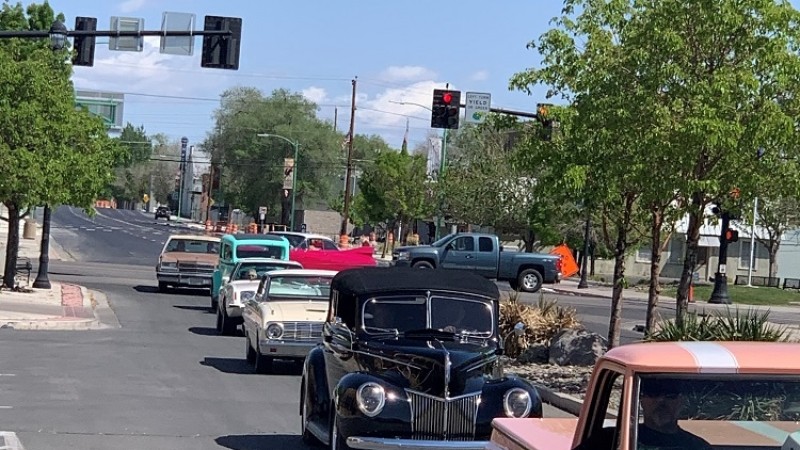