Local Ham Radio -- Fun and Useful in Case of Emergency 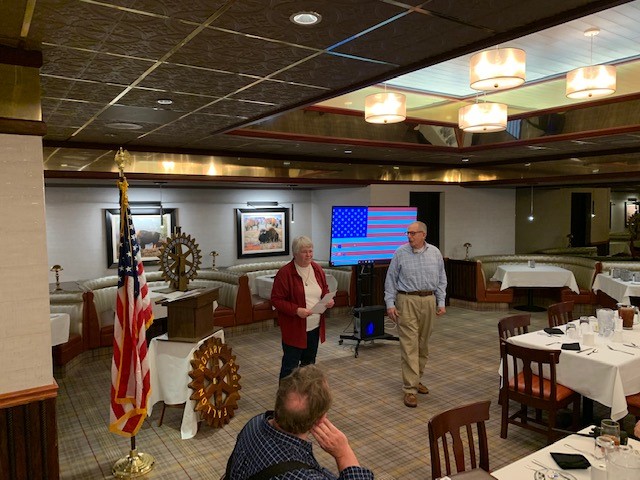 by Rachel Dahl -- Chris and Brenda Jeppson recently spoke to the Fallon Rotary club about their activities in the local amateur radio club. Brenda is the club president and uses the call sign, AF7SW. Amateur Radio, or ham radio as it is often called, is a popular hobby, and in times of need a useful way to communicate without the use of the internet or cell phones. “It brings people, electronics, and communication all together,” said Brenda. “It’s fun, social, educational, and can be a lifeline in times of emergency.” She said people use ham to talk across the valley, across the country, around the world, and even into space – with some people actually communicating with astronauts in the space station. Amateur radio came into being in the 1890’s and up until 2007, users had to be able to demonstrate their ability to do Morse code to get a ham license. The term “ham” was used by professional telegraphers to describe the amateurs who weren’t very good at Morse code – heavy or “ham” fisted – as they were called. The amateur radio users embraced the term and took over the name with a sense of pride. Brenda said there are many possible activities associated with the hobby. “We talk locally throughout the valley through repeaters, a radio that has an antenna receiving a transmission and then on a slightly different frequency it takes that transmission and sends it out with a little bit more power.” She says anyone who has their radio on and is on that frequency will hear it as long as they have a good enough antenna. “Every Sunday night we use that repeater and we do what we call a net," where local ham operators practice their skills and keep in touch with the happenings in each other's lives. On a more serious note, Brenda talked about the use of ham radio capabilities in case of local and national emergencies. The local club practices emergency communications through the Amateur Radio Emergency System, AREAS on a yearly basis. According to Brenda, the club has a local emergency coordinator who organizes a yearly Simulated Emergency Test, or SET, along with ham operators from across the state who will participate with the established Emergency Operating Centers, EOC, to prepare for possible emergency situations where communication is needed. There are three EOC locations in Churchill County, one located near the public library, where these practice operations take place. Chris mentioned several times recently when disaster situations interrupted internet and cell service and the only way to communicate was ham radio, including the fires last year in northern California. The local club hosts several activities throughout the year, including “field day” where they participate with ham operators from across the country practicing their skills. The club members also participate in public service communications, for example this June the Pony Express reenactment will go from Sacramento to St. Joseph, Missouri. Along the way at the relay stations along the trail there will be ham radio operators to assist with details and logistics of getting the riders from point to point. Brenda said twice a year, in January and June, the club hosts a kids’ day. “We set up a radio station and let kids run the radio where they can communicate with other kids from across the country.” They also host a jamboree on the air in October for both boy and girl scouts. She said that the local scouts can communicate with other scouts from as far away as Italy and Russia. In order to operate in the ham world, operators must be licensed through the Federal Communications Commission. The local club administers the exam every first Saturday of the month, directly after their monthly breakfast meeting. Prospective operators are welcome to attend and can take the test with a picture ID and $15. Brenda said there are many resources available to study for the exam, including the online sites hamstudy.org, and hamexam.org which gives the opportunity to take practice exams. The Churchill County library also has several study manuals available, and of course books are available at online retailers. Ham licenses are good for ten years. From old-school Morse code to digital to more advanced operators who use a “moon bounce” technology, ham radio has something for everyone and throughout history has proven a valuable asset in times of emergency. The official website of the national association for amateur radio can be reached at http://www.arrl.org/       We need your support now more than ever -- as our small business community is hit, so is our advertising support -- if you are able to support local, independent news, now is the time to click here to contribute to The Fallon Post, so we can continue to bring you up-to-the-minute information. We are your non-profit (501c3) online news source for all things Fallon and appreciate all your support. Never miss the local news -- read more on The Fallon Post home page. 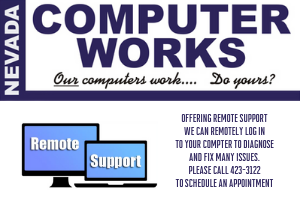 Have you ever thought it would cool to connect with someone in another country? What if you could spin a nob on radio and stumble upon a voice broadcasting from Italy or Anchorage…