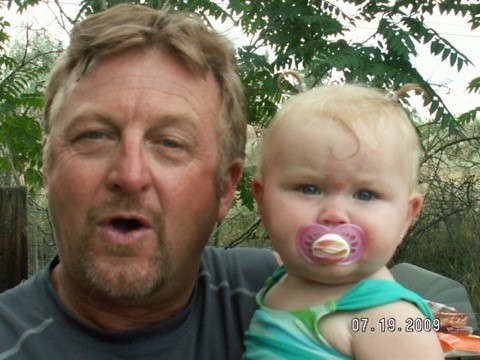 Jerry Don Edgmon of Fallon passed peacefully in his sleep on February 16th. He was born on July 2nd, 1959, in Livermore, California. He passed knowing his Savior God and that his entire family loved him very much. Jerry was survived by his wife, Lori Edgmon, of nearly 18 years. He was an accomplished journeyman electrician, a proud Boy Scout, excellent father, and husband, and an even better grandfather. He loved prime rib and he loved to work hard for his family. He was preceded in death by his grandparents, Carl and Florence Edgmon of Fallon, Nevada and Grandfather and Grandmother Beaver, of Sacramento, California. Jerry is also survived by his parents, Gerald and Georgia Edgemon of Fallon, his sister, Denise Edgmon of Fallon, and his brother, Craig Edgmon, of New Westminster, British Columbia, his daughters, Teela Edgmon (CO), Jessica Edgmon and her husband Pat (WA), and his stepchildren; Joe Shelton and his wife Becca, Lauren Shelton, and Jesse J. Lewin, all of Fallon. Jerry was an uncle to two nephews, one niece, and had 13 grandchildren. A memorial for Jerry is being held March 21st at 1:00 p.m. at the Church of the Nazarene located at 1520 Grimes Street in Fallon with a pot luck to follow.       Sign up to receive updates and the Friday File email notices. Support local, independent news – contribute to The Fallon Post, your non-profit (501c3) online news source for all things Fallon.
Publisher

Gary ad Debbie Ridenour 2 days ago, 08:41 AM We are so sorry for the entire family for Jerry Don's loss. I just saw this and was shocked. Our sincere condolences to you all. Please let us know if there is anything we can do.