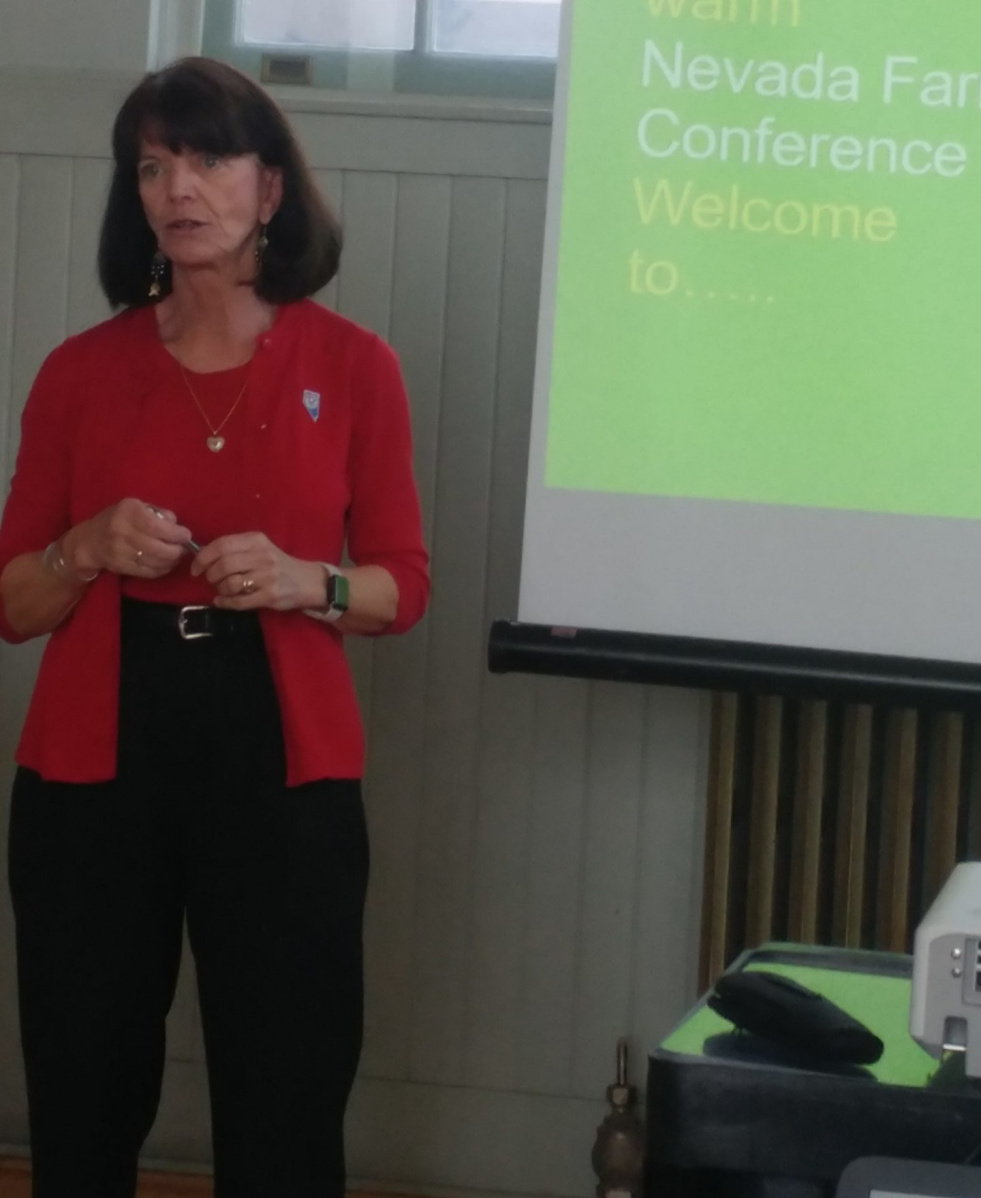 by Leanna Lehman --  Local residents and farmers from across the state gathered last week in Fallon to attend the annual Nevada Farm Conference. Among a plethora of other workshops and speakers, the farm conference featured a Legislative Workshop led by Sarah Adler, former State Director for the United States Department of Agriculture, and Robin Titus, State Assemblywoman, who shared key strategies for Nevadans seeking to participate in the State legislative process. Assemblywoman Titus spoke about her passionate commitment to Nevada farms, ranches, and agriculture across the state. Her family settled in Smith Valley in 1870 and she is deeply connected to Nevada’s heritage and the many issues that face rural Nevadans. She may be a politician and practicing physician, but this Nevada native can also change irrigation head-gates the middle of the night. Titus acknowledged the landmark legislative session in 2019 as Nevada had its first female majority in the State Legislature. However, the Assemblywoman stated, “I don’t like identity politics –I like to think I was elected because of my qualifications.” Titus, also the Assembly Minority Leader, appreciates the value of all Nevadans and seeks to protect residents from “untethered and unchecked politics in Nevada,” Titus explained. “It’s not good for Nevada or the country in general.” During her presentation, Titus focused on the role of policy and politics in creating agricultural opportunities in Nevada. According to Titus, she often hears residents say, “We want fix that law or we need this law.” She delivered some key strategies for legislative change. Timing: If you are trying to get a bill passed or changed, timing is everything. Legislation is best proposed while the legislature is not in session. During the 2019 session, members had to work through 1,102 bills only to pass 636. Furthermore, Nevada has a citizen legislature. Most of the members have day-jobs and must conclude their session duties in the 120 sessions that occur bi-annually. Education: Titus cautioned attendees about the need to educate and inform. “Don’t assume members are informed on the content of the proposed bill,” stated Titus. It’s important to educate legislative members on the subject matter. “The scope of experience can be very narrow.” For example, a freshman legislator from Las Vegas might not have any experience with topics like irrigation districts and new legislators from the rural areas are not likely versed in the plight of homelessness in Las Vegas. Coalitions: Never underestimate the power of organized, collective groups. Doug Busselman, Executive Director of Nevada Farm Bureau Federation, also attended the conference and shared valuable insight. “Groups and advocates are important when trying to get your bill passed,” Busselman explained, “there is a lot of value in groups and organizations. In his role at the Farm Bureau of Nevada, he and the Bureau have been instrumental in passing and changing a great deal of agricultural legislation in Nevada. Know the Process: When presented with an undertaking as immense as trying to pass legislation, you can’t be too informed on the process. Think back to the Saturday morning shorts by School House Rock, “I’m just a Bill.” There are several steps that must be executed before your proposed idea makes it into the form of a Bill Draft Request, or BDR. If the BDR has a fiscal component, it must pass by a two-thirds majority and takes even longer to get through both houses of the legislature. There are committees, hearings, reviews by the Legislative Counsel Bureau, and inevitable roadblocks. Know your Representatives: Every voting citizen should know their elected officials. Titus is the elected Assemblywoman for District 38 covering Lyon and Churchill counties. She makes it her business to know her constituents. Scheduling a face-to-face visit with your representatives is one of the best ways for your concerns to be heard. Kelli Kelly, Executive Director of the Fallon Food Hub, also the Chairman of the Farm Conference this year, urged attendees to be patient when attempting to meet with their representatives. “Sometimes there is a long wait and people get frustrated,” stated Kelly. “They also may only have a few minutes for you.” Sarah Adler, also presenting at the workshop, suggested being willing to work with your representative’s attaché. “You want to have a good relationship with their attaché or secretary,” stated Adler. “It helps get things done.” Participate: “Attend bill workshops and sessions, stay in close contact with your group or coalition, and stay involved with the process. Testifying in front of a committee can have a huge impact,” Kelly stated. “Show up at hearings and organize your testimony.” Thanks to the State’s new bill tracking system, NELIS, individuals can track BDRs, bills, and budgets. Citizens can also share their opinions electronically on the website. According to Adler, citizen participation in the process is the cornerstone for Nevada lawmaking. While the process may be cumbersome at times and even frustrating, it’s also the way to get things done. Adler sited the 2013 Cottage Food Industry Bill as a prime example. The bill granted permission for the processing of foods in home kitchens, creating opportunities for small businesses to flourish. Visit the Nevada State Legislature website at: www.leg.state.nv.us, and for bill tracking, NELIS: https://www.leg.state.nv.us/App/NELIS/REL/80th2019       Never miss the local news -- read more on The Fallon Post home page. If you enjoy The Fallon Post, please support our effort to provide local, independent news and make a contribution today.  Your contribution makes possible this online news source for all things Fallon. 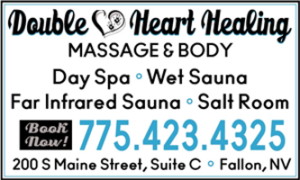