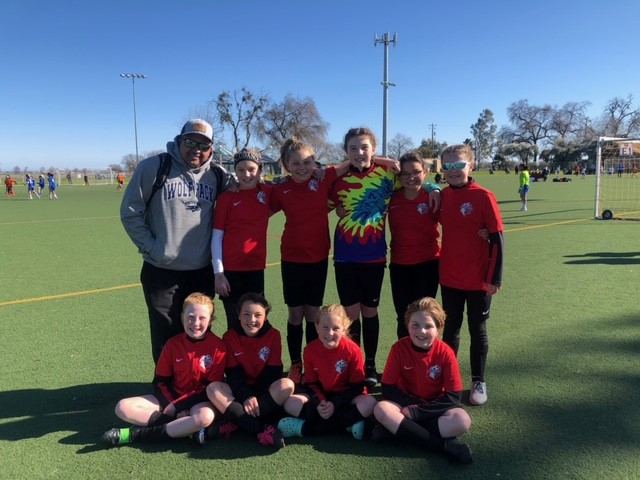 by Rachel Dahl -- The Fallon Vipers girls soccer team traveled to Woodland, California on February 9th for a one day tournament with the NorCal premier soccer league. There were over competitive teams from all over Northern California at the tournament where the Vipers played three games and had what Coach Miguel Orduña calls “a tremendous success.” “I’ve had this group of girls for almost a whole year,” said Orduña, “six of them I’ve coached for over two years and we have a roster of 13 as of now.” On February 9th the Vipers had only nine players and no sub. “The girls played in constant winds of 25 to 30mph and the freezing cold,” he said. “The challenges were pretty significant for our kids.” However, his team came to play. Even though there were no subs Orduña said there wasn’t a single minute that the players felt fatigued or lost any kind of momentum. They played well together which Orduña considers a huge success for the fitness program he has for the club. “Every player was so happy and I am proud of the team for being able to play 40 minutes games like it was nothing. In addition to their fitness, Orduña said the games were beyond impressive. Every team the Vipers faced was very well disciplined and had numerous quality players and the girls were able to keep up with that level of play. “When I started this club we focused on developing players by focusing on their cognitive, competence level. We don’t focus on the usual drill, drill, drill, concept we focus on how to play the actual game, we are developing critical thinkers and beyond,” said Orduña. This concept showed results. Final game result were as follows: Woodland SC Velocity 3, Fallon 1 Oakdale OSC Stallions 0, Fallon 0 Tulare Force Academy FC 2, Fallon 0 Orduña said those results are a testament to the club and the philosophy and direction the club is going. “For our small group of girls from beautiful Fallon, NV to go play in California and play some of the best players and best clubs out there is just so impressive to see their capabilities.” He said especially with the odds against them and not having any sub players, along with playing teams who have much more experience than the Vipers, it was satisfying to see their performance. “We didn’t lose any game by a large score, and that is a huge successful day for any team just being able to compete with tough teams is huge success. Our goal keepers Shaylee Orduña and Kaena Williams had an incredible day, both had incredible saves while goal tending.” Orduña said the Viper “defense was beyond incredible, our offense was on point, everything was just so beautiful to see come together, we definitely don’t see this level of competition in our area.” Although the girls had many shots on goal they struggled to find the back of the net until Keana Williams hit a shot from 30  yards against Woodland “that was just beautiful.” Coach said over-all the first trip playing in California with the NorCal premier league was a huge success. Even though they lost two games, all the girls and their parents were pleased and proud of the way the girls played. “For us to go play competitive teams and being able to keep low scores and a 0-0 tie is so successful for us,” said Orduña. “I cannot express how happy I am of this group, they showed that even though we will always have obstacles as a team anything can be accomplish and they’re only 10 and 11 years old.” The spring season will continue from here, and Coach has several more trips planned to play in the Sacramento area along with a local tournament coming up in Reno with teams from Carson and Gardnerville. “We are continuing to build our program and need a few more players to complete our U10/U11 and U12 teams. If you have a daughter who loves to play, please come talk to us,” said Orduña. The program is affordable and provides many learning opportunities for local girls to advance their soccer skills and experience. “We are not just a team,” said Orduña, “we are a family and together we help each other and support one another, our program has many options to help any athlete develop their skills and abilities.” Coach Miguel Orduña can be reached at 775-857-9678, or [email protected]       Never miss a meeting or community event – keep an eye on the community calendar at https://www.thefallonpost.org/events/ If you like what we’re doing, please support our effort to provide local, independent news and contribute to The Fallon Post, your online news source for all things Fallon. 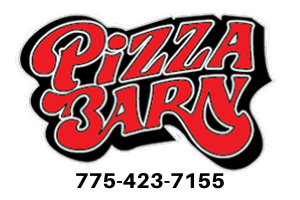