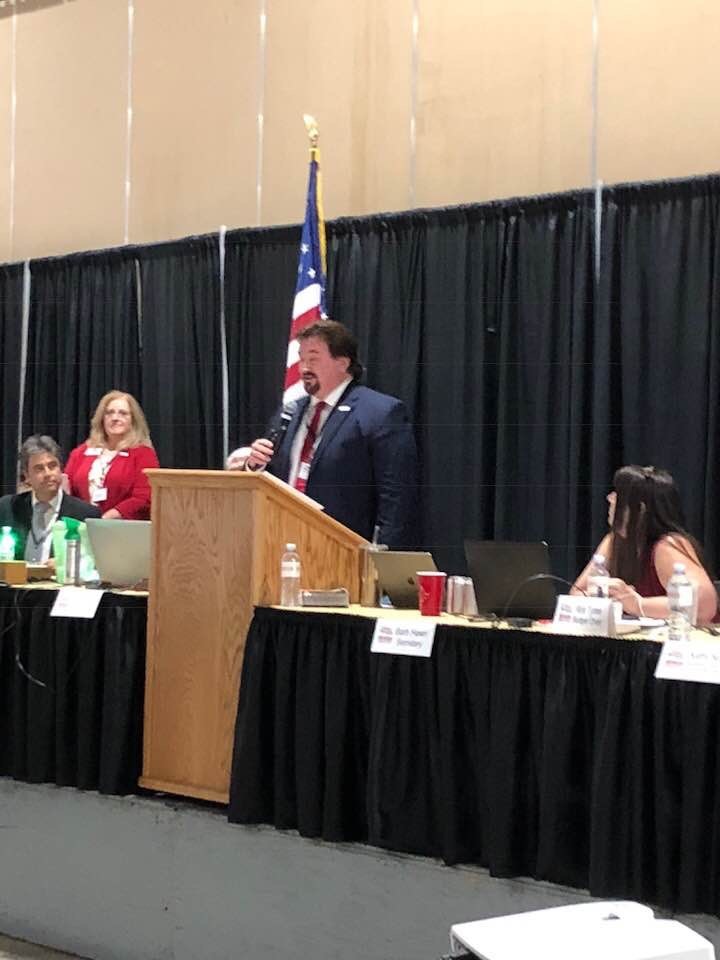 By Don Dike-Anukam -- On Saturday in Winnemucca, The Nevada Republican Party Central Committee gathered to decide which of three candidates would lead the party as chairman in the coming general election in 2020. Three candidates, incumbent Michael J. McDonald of Las Vegas, Mesquite City Councilwoman Annie Black, and former 4th District Congressional candidate David McKeon. The three candidates waged a fierce battle this summer, traveling the state campaigning for the leadership. As the campaign progressed, the 2020 election played center stage but state party electors also focused on the dismal 2019 legislative session and they heavy republican losses during the 2018 election. Key points of disagreement were on change in policy and what to do better position the Nevada Republican Party for 2020. Incumbent McDonald played on his strengths and ties to the President as an asset, as Nevada Republicans are looking to President Trump to (political/financially) aid in their efforts to support their 2020 election efforts statewide. It is expected that Nevada will maintain its place in November 2020 as a battleground state for the general election. Many Nevada political observers note that the Nevada Republicans were outspent and outorganized by the Democratic National Committee, Democratic leaning groups and interest groups, and better Democratic Party/Candidate coordination during the previous two election cycles have lead to the heavy successes the Democrats have had. Democrats currently control both the State Assembly and Senate, three of four congressional seats, both U.S. Senate Seats, and five out of six State Constitutional offices. The hope is with a coordinated effort and strong political/financial support from President Trump and the Republican National Committee in the 2020 election can turn the tide in a key election before the census in 2021 brings on reapportionment. By the time campaigning was over, at about 2 o'clock p.m. delegates gave Michael McDonald an unprecedented fourth consecutive term by a margin of 103 votes. Michael J. McDonald (incumbent) received 205 votes, Annie Black received 102, David McKeon with 54. McDonald has been chairman of the Nevada Republican Party since 2012. Along with McDonald, the entire slate of the current state leadership team was reelected in full. In the vice-chairman race, current GOP vice-Chairman Jim DeGraffenreid III (incumbent) received 211 votes to win, former Nevada regent and controller Ron Knecht received 78; the treasurer Michael Bertrand ran unopposed, and in the race for party secretary, Barb Hawn (incumbent) garnered 195 votes, and Diane Baranowski received 161. Other business of note, Nevada Republicans also voted to forgo a caucus in February 2020. The body will nominate or can choose to nominate a candidate at a later unannounced date. This change is expected to save the state party, based on conversations with republicans in the state and party officials, nearly  $150,000 (what the party paid in 2016) to operate the process from the caucus to convention phases. Election of delegates to the national convention will take place at a later meeting.     Read more local news – return to the home page at www.thefallonpost.org/ Support your local news source, make a contribution today. www.thefallonpost.org/support-our-work/ 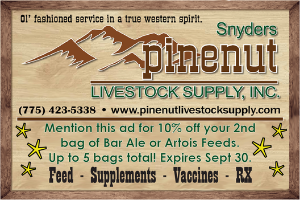 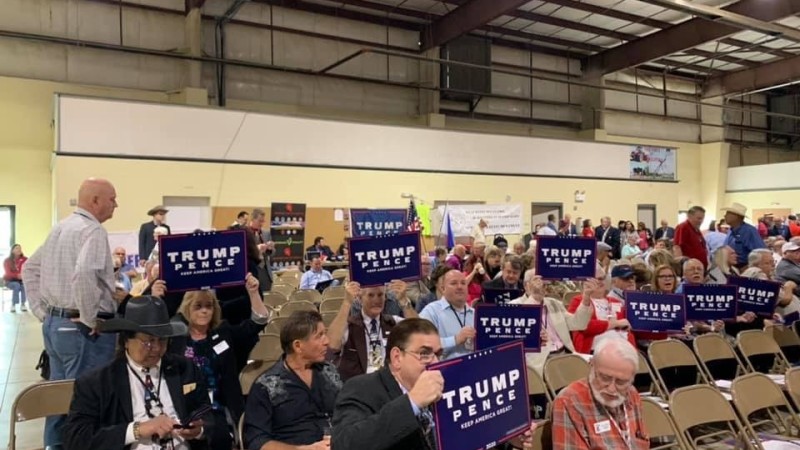