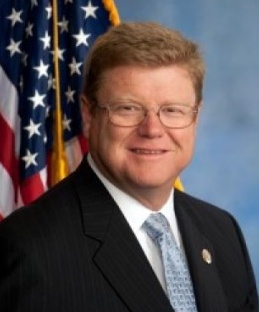 Fernley Republican Women invite the public to attend and participate — U. S. Representative Mark Amodei, will speak at the Fernley Republican Women meeting on August 20, 2019. Amodei will provide an update on the House of Representatives and his take on what’s happening in Washington D.C. The public is always invited to attend. The meeting will be held at the Fernley High School Library, 1300 Highway 95A. A light meal will be served at 6 p.m. and the meeting will start promptly at 6:30 p.m. Mark Amodei is Nevadan home-grown, born in Carson City, he attended Carson City High School and received his Bachelor of Arts degree from the University of Nevada, Reno. After UNR, he attended the McGeorge School of Law at the University of the Pacific, where, in 1983, he received his law degree. From 1983-1987, Amodei served in the United States Army JAG Corps, after which he worked as a lawyer in the private sector. He was President of the Nevada Mining Association from 2007-2008. Amodei was elected as a Nevada State Assemblyman and served from 1996-1998. He was elected twice as a Nevada State Senator and served from 1998-2010. During that time, he was President Pro Tempore for six years. In a special election on September 13, 2011, he was elected to the United States House of Representatives. He left for Washington the very next day and has been representing the people of Nevada ever since.       Never miss the local news — read more on The Fallon Post home page. If you enjoy The Fallon Post, please support our effort to provide local, independent news and make a contribution today.  Your contribution makes possible this online news source for all things Fallon.